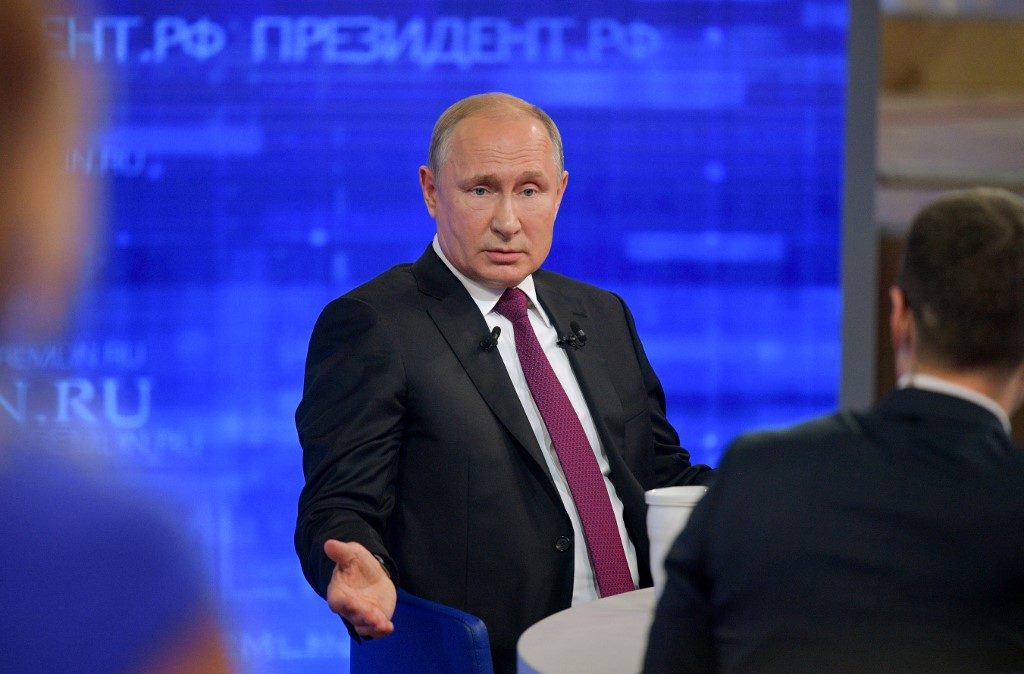 Sources said No 10 was stalling on releasing the report, which has gained the standard security clearance.

A former head of MI5, Lord Evans of Weardale, is among those calling for the document to be published.

Foreign minister Christopher Pincher said the PM would release the report in “due course”.

He added: “We cannot rush this process at the risk of undermining our national security.”

The report, by Parliament’s Intelligence and Security Committee, was finalised in March and referred to No 10 on 17 October.

It examines Russian activity – including allegations of espionage, subversion and interference in elections – and includes evidence from UK intelligence services such as GCHQ, MI5 and MI6 concerning covert Russian attempts to influence the outcome of the 2016 EU referendum and 2017 general election.

Approval for its publication has yet to be given – and is not due to be until after polling day.

Dominic Grieve, the chairman of Parliament’s Intelligence and Security Committee, said there was no legitimate reason for delaying the report and voters had a right to see it before going to the polls.

During an urgent question in the Commons, the former attorney general said there was a “longstanding agreement” that the prime minister would endeavour to respond to the committee’s reports within 10 days.

Mr Grieve also said the intelligence agencies had indicated that publication of the report would not prejudice the discharge of their functions.

But foreign office minister Mr Pincher said the turnaround time for the report was “not unusual” – and gave examples of reports that had taken six weeks to get Downing Street’s approval.

“This is nothing less than an attempt to suppress the truth from the public and from Parliament and it is an affront to our democracy,” she told the Commons.

Ms Thornberry said No 10 realised the report would lead to “other questions about the links between Russia and Brexit and with the current leadership of the Tory party, which risks derailing their election campaign”.

She went on: “Publish this report and let us see for ourselves, otherwise there is only one question: what have you got to hide?”

Mr Pincher denied the decision not to publish the report before the election was politically motivated.

BBC Newsnight diplomatic editor Mark Urban tweeted that the government’s assertion the report was being held back because of a need to “vet and balance” it was “unusual to say the least”.

“It’s more normal for govt [sic] to respond after publication,” he said.

Earlier, Lord Evans, MI5 director general until 2013, told the Today programme ministers should explain why they were not prepared to release the report.

“In principle, I think it should be released,” he said.

“Part of the reason for having an Intelligence and Security Committee is that issues of public concern can be properly considered and the public can be informed through the publication of the reports once they have gone through the security process.”

He added: “If the government have a reason why this should not be published before the election, then I think they should make it very clear what that reason is.”

Ex-terrorism watchdog Lord Anderson said on Monday further delay would “invite suspicion” of the government’s motives ahead of the election.