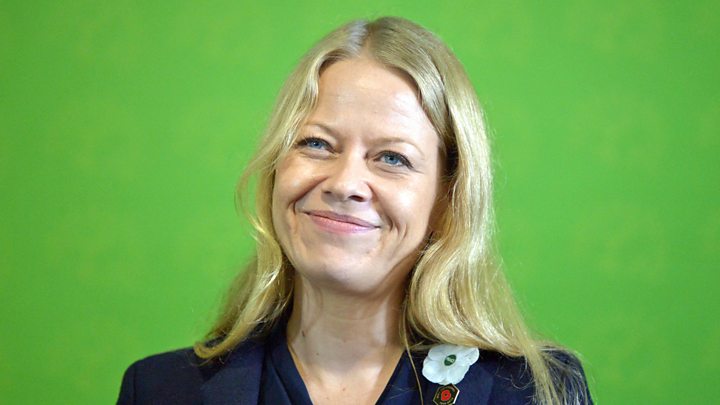 The Green Party have launched their general election campaign with a call for £100bn a year to be spent on tackling the climate “emergency”.

Co-leader Sian Berry said: “Some things are even bigger than Brexit. This must be the climate election. The future won’t get another chance.”

The party says it would fund the pledge by borrowing £91.2bn a year, with an extra £9bn from “tax changes”.

The party also set out plans to make Britain carbon neutral by 2030.

The government has already committed to cut carbon emissions to net zero by 2050, a move announced by former Prime Minister Theresa May before she left office earlier this year.

At the Green Party for England and Wales election campaign launch in Bristol, Ms Berry said: “Let’s be honest about the situation we’re in. We know these are dark times. It’s easy to fear the future.

“The threat of Brexit hangs over our heads, the climate emergency rages from the Amazon to the Arctic, and our fragile democracy is under attack.

“But despite all this, Greens don’t fear the future.

“We welcome the future. Because we know that we stand at the threshold of what could be the most exciting and prosperous period of British history.”

The Green Party supports another EU referendum and is in talks with the Liberal Democrats and Plaid Cymru about forming a “Remain alliance” to stop Brexit.

The deal would see candidates stand aside for each other to increase the chances of a Remain-supporting MP being elected.

Green Party co-leader Jonathan Bartley said the alliance hoped to target “around 50 seats”, telling BBC Politics Live: “The idea is to get the biggest Remain party bloc in the Parliament.”

He admitted some local Green Party branches were against the idea of standing aside for a Lib Dem or Plaid Cymru candidate.

“Some want to, some are not so keen,” he said, but he hoped a deal would “go through” and would be announced “quite soon”.

Mr Bartley also defended the levels of borrowing needed to fulfil the Greens’ pledges, saying the investment would create hundreds of thousands of new jobs and “pay for itself in the long run”.

“The climate emergency – if it comes to fruition – does not bear thinking about in terms of the cost of trillions to the economy,” he told the Today programme.

Elsewhere in the election campaign on Wednesday:

Reality Check: Where would the £100bn come from?

The Green Party is proposing to fund its key pledge by increasing government borrowing by £91bn a year.

The remaining £9bn will come from tax changes, including an increase in corporation tax to 24%.

This would represent a massive increase on current borrowing levels. The independent Institute for Fiscal Studies believes government borrowing will be £55bn this year.

In terms of how £100bn compares to other areas of UK government spending, it’s about the same that’s spent on education each year.

This will be done, Ms Womack said, by building 100,000 energy efficient homes each year, by “revolutionising” transport infrastructure, a roll-out of renewable energy and creating “hundreds of thousands” of “low carbon jobs” – including, for example, workers installing insulation in homes.

“This could be our last chance to elect a Parliament to keep us below dangerous warming,” Ms Womack said.

“What we need is action. And the Green Party has the single most ambitious and comprehensive plan to go carbon neutral by 2030 while delivering social justice across Britain.”

Labour has also set out some of its own environmental pledges, including a promise to cut UK carbon emissions by 10% through a home improvement programme.

A Labour government would fund £60bn of energy-saving upgrades, such as loft insulation, enhanced double glazing and new heating systems, by 2030.

The Conservatives say they have “a proper plan to continue reducing carbon emissions” which will build on the “400,000 low carbon jobs we’ve already created [while in government]”.