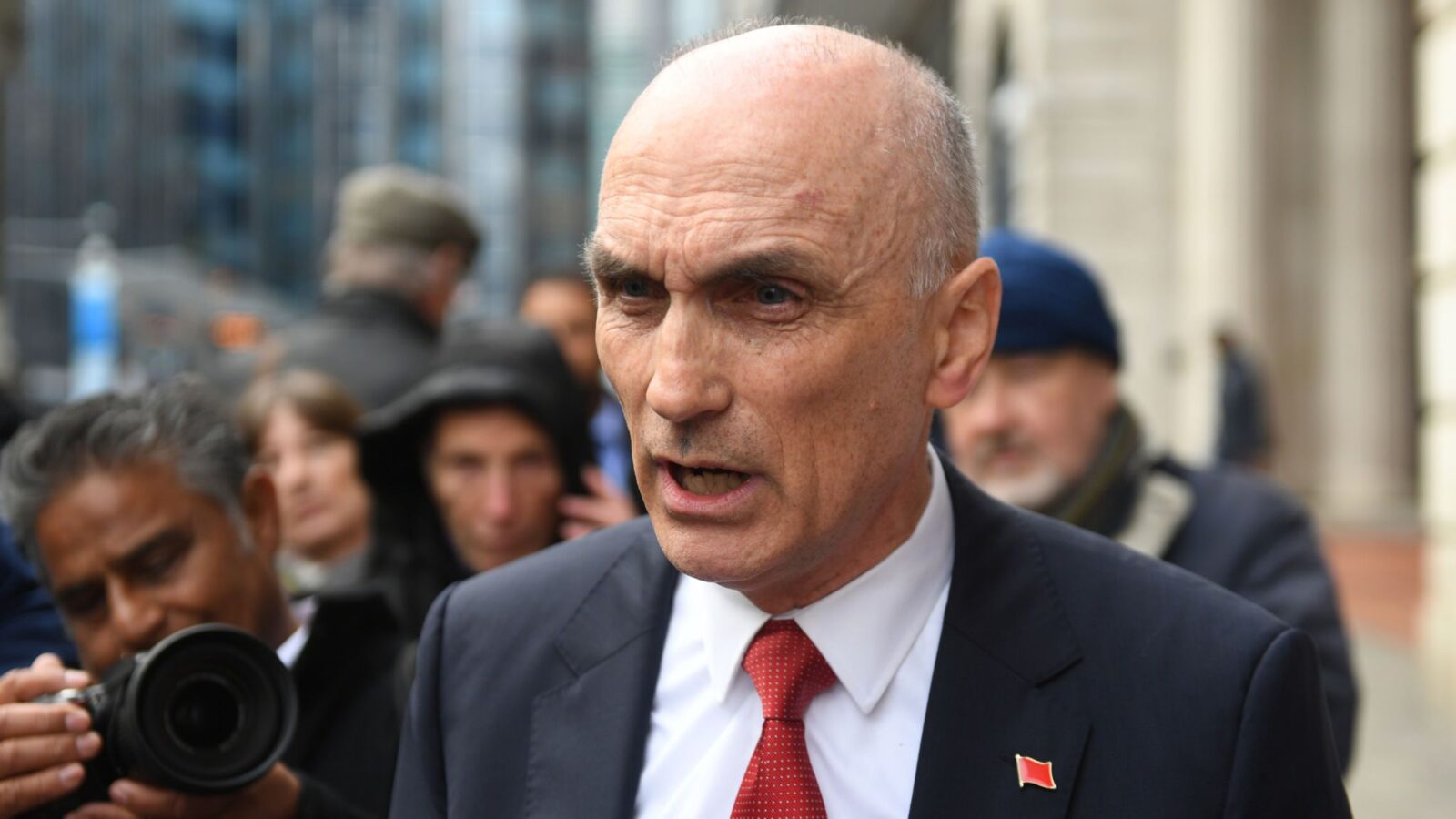 Labour has refused to endorse Chris Willamson as a general election candidate following his suspension from the party over an antisemitism row.

Mr Williamson, who was MP for Derby North until parliament’s dissolution ahead of the 12 December election, is one of three outgoing MPs to be blocked from standing as official Labour candidates next month.

It means the trio’s seats will now be contested by alternative official Labour candidates.

This is because Labour rules state individuals who are suspended from the party are not eligible to be election candidates.

However, Sky News understands Labour’s NEC is still reviewing the case of Keith Vaz, after he was last week suspended for six months from the House of Commons.

It came after a report found he “expressed willingness” to purchase cocaine for others during a meeting with prostitutes at his flat in August 2016.

Mr Vaz was admitted to hospital following the report’s publication, with a statement on his website revealing he has been treated for a “serious mental-health condition”.

Fiona Sharpe, spokesman for Labour Against Antisemitism, claimed Labour’s action against Mr Williamson was “too late in coming and totally inadequate”.

She added: “Mr Williamson should have been expelled from the Labour Party years ago, when his views first started appearing in public.

“Instead the Labour Party appeared to drag its feet and, in our opinion, failed to take the appropriate action – an appalling demonstration of the alleged institutional racism now being investigated by the Equalities and Human Rights Commission.

“Acting at the eleventh hour in this haphazard way just appears to show that the Labour Party can’t be trusted to protect the minority communities it purports to stand up for.”

Earlier on Wednesday, as he marked the first official day of election campaigning, Jeremy Corbyn attacked Tory MP Jacob Rees-Mogg for “quite shamefully” suggesting the victims of the Grenfell Tower fire died because they didn’t have “common sense” to leave the burning building.

At a campaign event in Telford, Shropshire, the Labour leader promised a “different” form of leadership if he becomes prime minister.

He also set out a series of measures by which a future Labour government should be tested, while he dismissed concerns about his own personal poll ratings.

On Tuesday, Leader of the House of Commons Jacob Rees-Mogg apologised for his remarks about the Grenfell fire in a radio interview.

Andrew Bridgen, the Conservative election candidate in North West Leicestershire, also apologised for his own comments made while attempting to defend Mr Rees-Mogg.

Referring to the row as he spoke in Telford, Shropshire, on Wednesday, Mr Corbyn criticised Tories who “quite shamefully seem to think the victims of Grenfell fire died because they didn’t have the common sense to save themselves”.

“And when residents tell you their home is a death trap, don’t ignore them – listen to them.

“That’s what it all comes back to – it’s what I was talking about – it’s about leadership.

“Do you want leaders who think they’re above us all? Who think the rules they make for everyone else don’t apply to them? Or is good leadership really about listening as well as talking?”