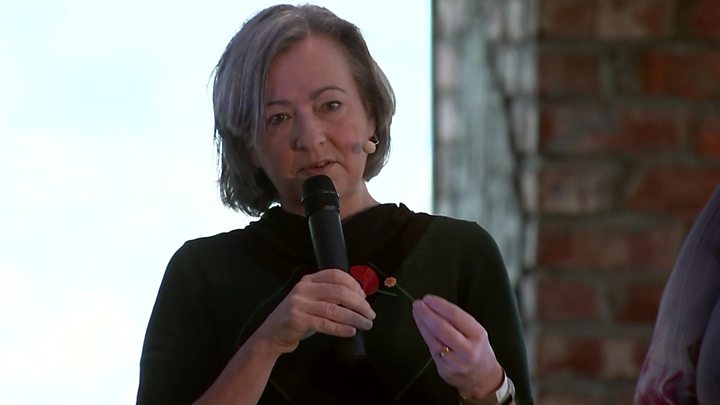 The Liberal Democrats, Plaid Cymru and the Green Party have formed an electoral pact, agreeing not to stand against each other in dozens of seats.

The deal between the three anti-Brexit parties will cover 60 constituencies across England and Wales.

Chair of the Unite to Remain group Heidi Allen said it was “an opportunity to tip the balance of power”.

The three parties all support another Brexit referendum and want the UK to remain in the EU.

Their pact means that, in Wales, two of the parties will agree not to field a candidate, boosting the third candidate’s chances of picking up the Remain vote.

In England, it will simply be a two-way agreement between the Lib Dems and the Greens.

Lib Dem candidate Layla Moran said the Unite to Remain group had approached Labour about pacts, but “they said no [and] they didn’t even enter into those conversations”.

In a speech in Liverpool earlier, Labour’s shadow chancellor, John McDonnell, said: “We will never enter pacts, coalitions, or deals like that – ever.”

“We are delighted that an agreement has been reached,” said Lib Dem leader Jo Swinson. “This is a significant moment for all people who want to support Remain candidates across the country.”

The pact follows a similar deal earlier this year in the Brecon and Radnorshire by-election, when Plaid Cymru and the Greens agreed not to put forward a candidate but instead gave way to the Lib Dems’ Jane Dodds. She went on to defeat the Conservative incumbent, Chris Davies.

Will the Remain agreement make a difference?

It’s impossible to know in advance whether this will affect who wins any of the constituencies.

None of them would have had a different result in 2017 if Liberal Democrat, Plaid Cymru and Green votes had been added together.

It’s also likely that Brexit will have a bigger influence on how people vote at this election, so the idea of having a united candidate for Remain could give them a boost.

There are some seats already held by one of the parties where their majorities will be bolstered, such as Arfon and Bath.

And there are other places where it makes it a bit easier to win, such as Cheltenham, Montgomeryshire and Winchester – all places the Lib Dems are gunning for – and Ynys Mon, a target for Plaid.

In England, the Greens will stand aside for the Lib Dems in 40 seats including Totnes, York Outer, Winchester and Twickenham.

And the Green Party will run unchallenged by the Lib Dems in nine seats including the Isle of Wight, Bristol West, Exeter and Brighton Pavilion – where Caroline Lucas is the Greens’ only MP.

The pact comes after Plaid Cymru’s leader Adam Price wrote to several pro-Remain parties earlier this year, calling on them to work together in a snap general election.

In Wales, the plan will involve the Lib Dems and Greens standing their candidates aside for Plaid Cymru in seven seats including Pontypridd.

The deal does not involve the Ceredigion seat – which is currently held by Plaid Cymru but is a top election target for the Lib Dems.

However Mike Powell, who had been the Lib Dem candidate in Pontypridd, said he would run as an independent against Plaid Cymru.

He told Radio 4’s World at One: “I think the people deserve to have an opportunity to vote for someone who is going to represent the people of Pontypridd, rather than standing to represent a cause to remove Wales from the United Kingdom.

“I know there is an awful lot of members in the Welsh Liberal Democrats who are extremely unhappy with the way these negotiations have been dealt with.”