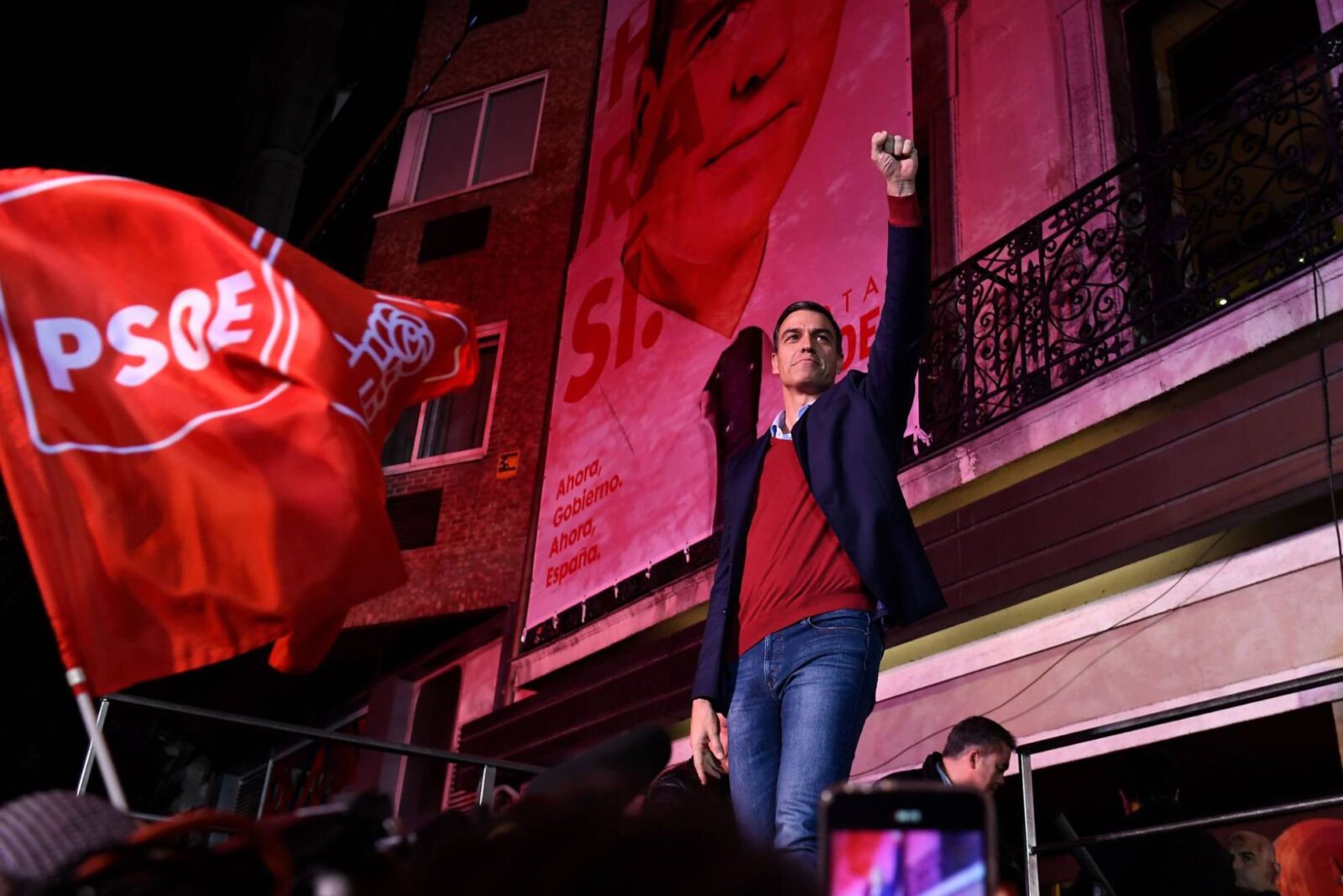 The Socialist Party of Pedro Sánchez won the highest number of seats at the repeat general election in Spain yesterday, but again fell short of an absolute majority.

With all votes counted, the PSOE took 120 seats – three fewer than the result it managed in April. The conservative Partido Popular won 88 seats – a big gain from the 66 seats it secured in April, which was its worst ever result.

But far-right group Vox saw the most significant rise, jumping from 24 to 52 seats, to become the third-largest party in Spain’s lower house, the Congress of Deputies.

Unidas Podemos – a coalition of United Left and anti-austerity group Podemos – retained 35 of the 42 seats it won at the last election, while center-right party Ciudadanos suffered a crushing defeat, losing more than 40 seats to be left with just 10.

The inconclusive result means that Spain is facing more political uncertainty, as neither the left nor right-wing blocs have the 176 seats needed for an absolute majority. Pedro Sánchez has asked other parties for “generosity” to break the stalemate, but PP leader Pablo Casado has already suggested that the caretaker Prime Minister should step down.