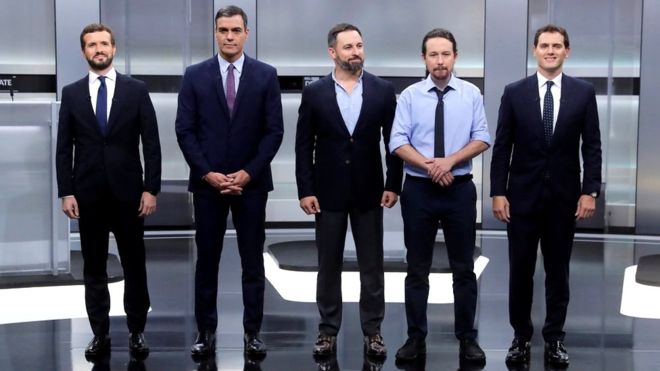 Voters in Spain are heading to the polls on Sunday for the country’s second general election since April and its fourth in four years.

Acting Prime Minister Pedro Sánchez, whose PSOE Socialists gained the most seats in the previous ballot, announced the vote in September after failing to secure enough parliamentary support to form a government.

After months of fractious negotiations and political turmoil, Spaniards are hoping to break the political gridlock.

The main party leaders faced off in a TV debate on Monday night, but the country’s political landscape is fragmented and the latest opinion polls suggest that none of them is likely to win a majority.