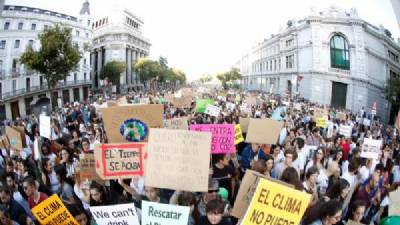 Deputy regional president for Madrid Ignacio Aguado says the UN Climate Change Summit due to be held in Chile but moved to the Spanish capital as a result of mass protests will bring a cash injection of around €200 million to the local economy.

The COP25 Summit will host around 25,000 people, including international leaders, and Madrid now has the task of organising it in record time as it will be held between December 2 and 13.

As yet, ambassador for the war on climate change, Greta Thunberg, has not formally responded to PM Pedro Sánchez’s invitation to speak at the Summit but he has offered her help in crossing the Atlantic to attend.