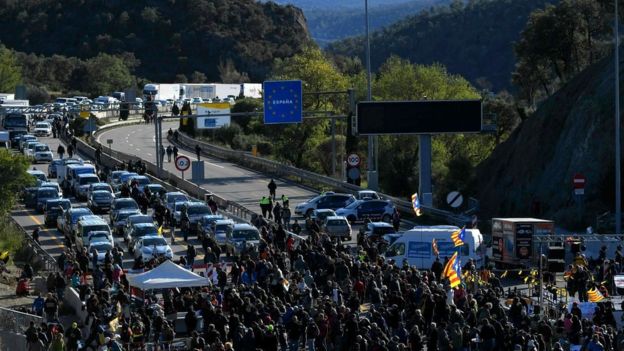 French riot police have been forcibly removing Catalan pro-independence protesters blocking both sides of a motorway linking Spain and France.

Demonstrators camped on the AP-7 at a north-eastern border point near Girona.

The protest was organised through an app by a group known as Tsunami Democràtic, which directs pro-independence demonstrators in Catalonia to protest sites.

It comes as the Catalan parliament backed a non-binding motion on the right to exercise self-determination.

And, in a blow to the Spanish government, a jailed Catalan leader has won an initial court victory in his fight to take up a seat in the European Parliament.