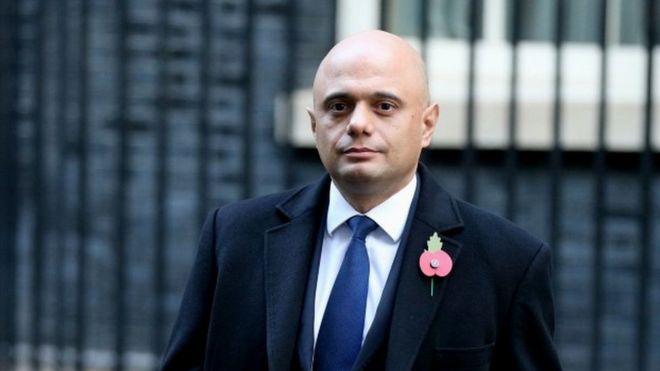 The Conservatives have launched a fresh attack on what they say are Labour’s “reckless” spending plans.

Labour has yet to publish its election manifesto but the Tories have claimed that there is a “black hole” in its economic policies.

The Tories have tried to calculate the additional taxes they believe a Labour government would have to introduce if they win power on 12 December.

Labour has dismissed the figures as “more fake news” from Tory HQ.

Shadow chancellor John McDonnell insisted an incoming Labour government would not raise VAT or national insurance, while 95% of people would not pay any more in income tax.

Personal tax rises would be confined to the top 5% of earners, he said – a policy carried over from its 2017 manifesto.

Both main parties are planning to borrow money to spend on infrastructure projects if they win the general election, while Labour has said it will pay for some of its spending pledges by reversing Conservative reductions in corporation tax.

Chancellor Sajid Javid claimed that Labour would also “hike up taxes” to pay for its programme, estimating that this would amount to an extra £2,400 per year for every taxpayer.

“The British people have made huge progress over the last decade in repairing the damage left to us by the last Labour government,” he said. “If Jeremy Corbyn gets into power he would throw all that hard work away.”

The Conservatives are repeating their previous claim that Labour plans to spend £1.2tn over the next five years, which forms the basis of this new claim.

But this is problematic because it makes a number of assumptions about what Labour intends to spend before it has published a manifesto.

Not only have those same assumptions been repeated in this analysis, but additional ones have been made about Labour’s tax-raising plans.

For example, the Conservatives say Labour is considering a “homes tax” which would cost households up to £375 more than the current Council Tax system, raising an extra £10.2bn.

However, this seems to be based on a policy-proposal document put forward by Guardian columnist George Monbiot and commissioned for the Labour Party.

The summary of the paper even states: “The following are proposals to the Labour Party, which will consider these as part of its policy development process in advance of the next general election.”

To get to the £2,400 figure, the Conservatives have assumed Labour intends to spend £651bn on day-to-day spending (which comes from their original £1.2tn calculation) over five years.

From there, the Conservatives say that Labour only plans to raise £277bn over the same period, leaving a shortfall of £374bn.

In summary, this analysis is based on assumptions about money Labour intends to spend but also how much revenue the party intends to raise.

Until the manifestos are published, it is impossible to accurately identify any spending gaps.

BBC political correspondent Chris Mason said the Conservatives’ attack was part of a clear attempt to build an argument about what they call the “cost of Corbyn”.

But asked how much another Conservative government would cost taxpayers during a BBC interview, Chief Secretary to the Treasury Rishi Sunak did not provide a figure.

“The forecasts that there are from the OBR (Office for Budget Responsibility) show that there is a £30bn surplus on the current balance over the next few years – so we take in £30bn more than is spent on day-to-day spending,” he told Radio 4’s Today.

“We’ve said we will invest about £13.5bn of that on people’s priorities like the NHS, like schools, like policing. We will not tax people extra for those day to day priorities.”

Mr McDonnell said the Tories were unable to say how they would pay for their spending commitments.