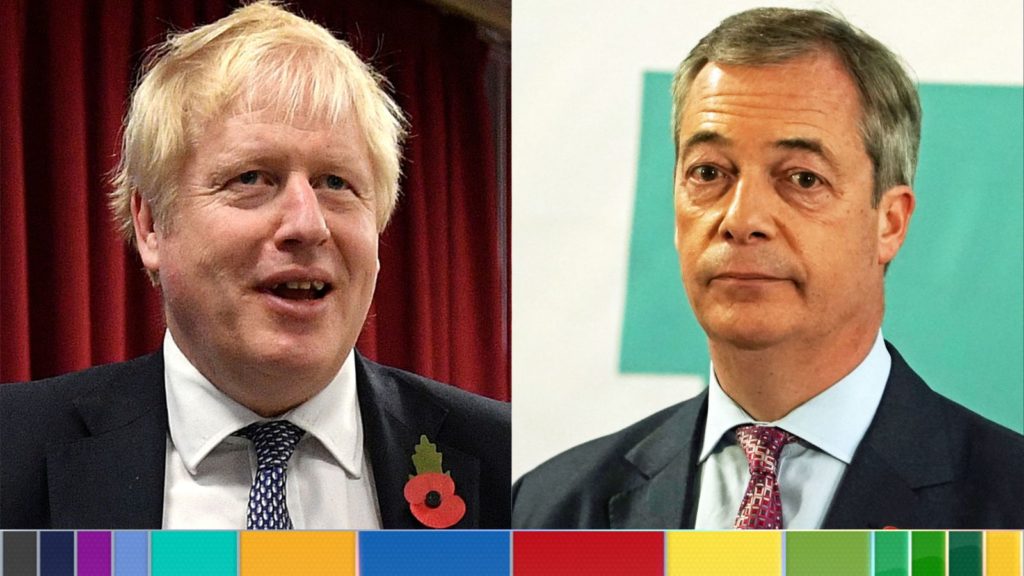 In the hours before the deadline, the Conservatives are expected to pile pressure on the Brexit Party leader not to field candidates in Labour-held marginal seats.

But to the dismay of Boris Johnson and his allies, Mr Farage is so far standing firm, refusing to make further concessions beyond the 317 candidates he has already stood down in seats won by the Tories in 2017.

It comes as today on the campaign trail:

After Mr Farage announced his retreat on Monday the Conservatives offered him an electoral pact that would have meant the Brexit Party targeting just 40 key seats, the Daily Telegraph reports.

The prime minister was said to be willing to put up “paper candidates” in Labour marginals, with the Tories carrying out only minimal campaigning in order to give an advantage to their Brexit Party rivals.

But according to the newspaper, the deal was turned down by Mr Farage, who said Tories should withdraw their candidates from the seats because he was worried that they would still attract votes.