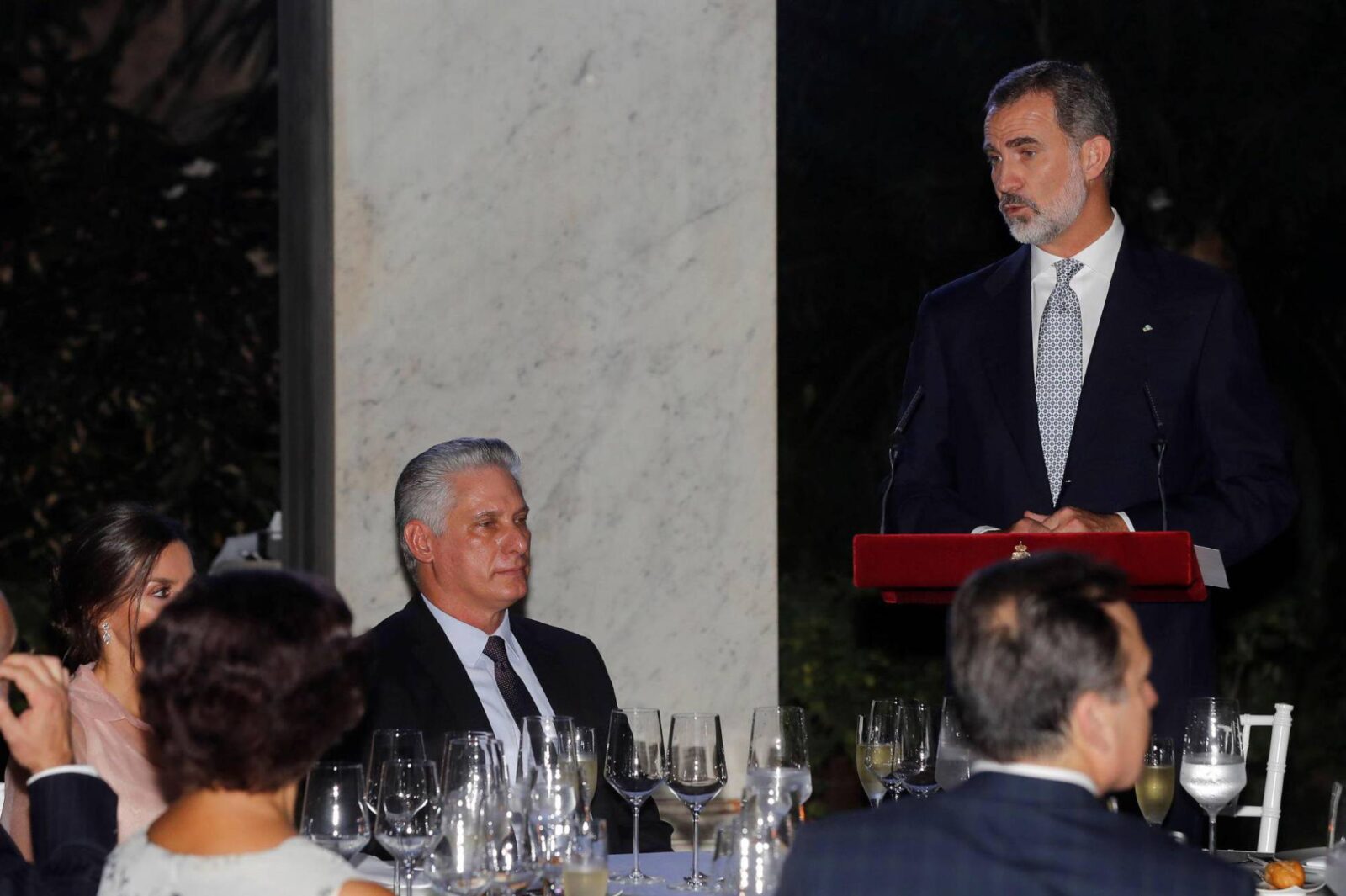 Spain’s King Felipe VI has made a plea in support of democracy and human rights during a speech in front of Cuban President Miguel Díaz-Canel.

After stating that change cannot be forced from the outside, in allusion to US pressure for regime change, the king insisted that “human rights are best defended in a democracy.”

The speech, the most important of Felipe VI’s state visit to Cuba, was made during an official dinner in Havana.