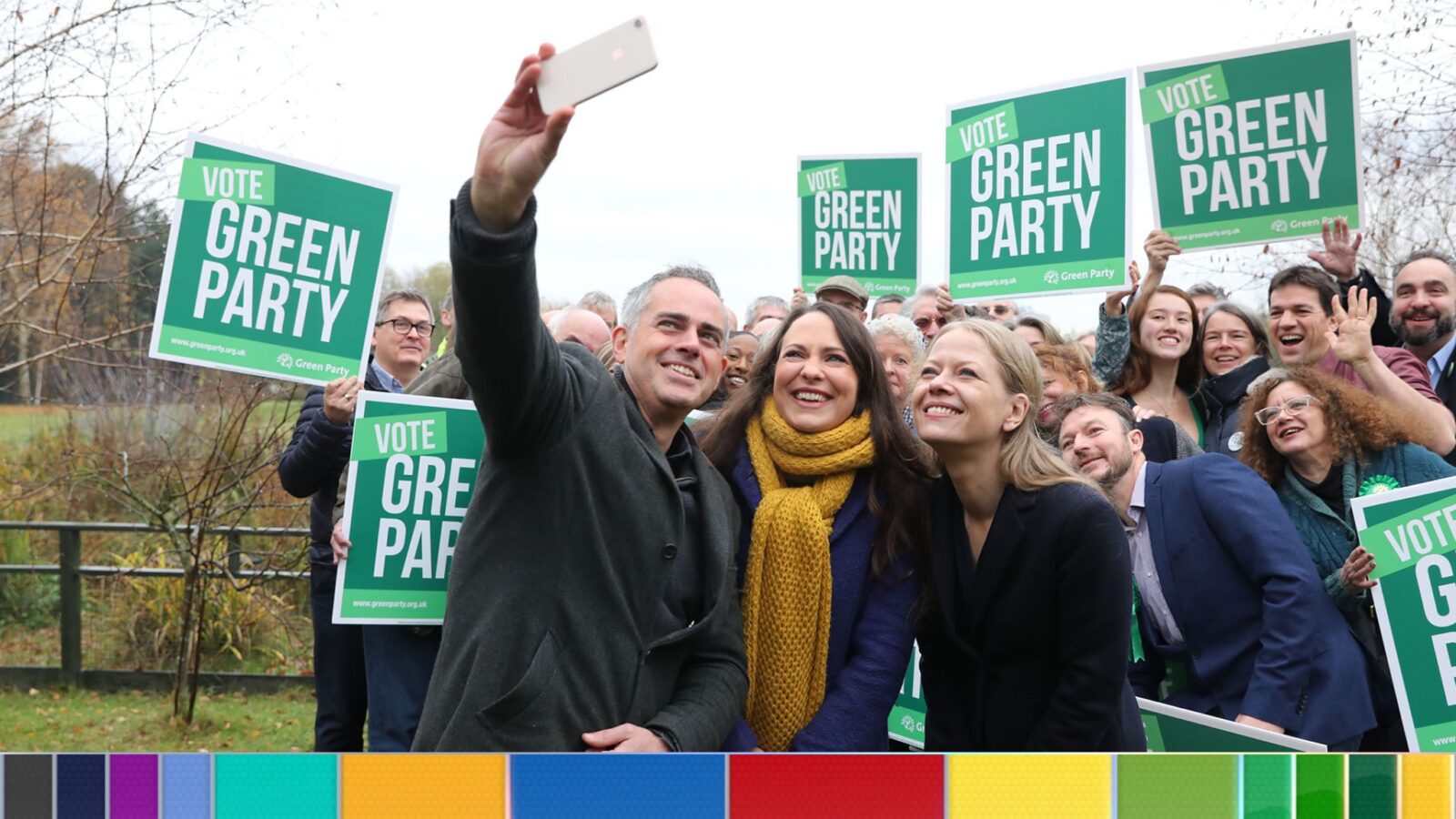 The Green Party of England and Wales have unveiled plans to invest £100bn a year in climate action as they launched their general election manifesto.

With 23 days until polling day, the party outlined 10 new pieces of legislation, which it says will decarbonise “every sector” and bring “social justice”.

The party, which had one MP before parliament was dissolved earlier this month, will push for those 10 bills in the first two years of a new parliament.

Co-leaders Jonathan Bartley and Sian Berry, alongside deputy leader Amelia Womack, announced plans which they have admitted will lead them to borrow £91bn a year, as well as increase rates of corporation tax.

The Green Party’s 10 bills include:

“We have to do something, the next 18 months are key.

“All other parties have let the target of 2030 go.

“Even that target we might not be able to reverse some breakdown.”

On the large scale borrowing proposed, Dr Alex Armitage, who wrote the party’s policy on drugs, said: “Right now borrowing is cheap. In 50 years time we will be experiencing climate breakdown.

“In that sense borrowing makes sense. We need a massive reboot.

“Only that bold vision that we have got will create the impetus.”

Mr Bartley told the party faithful at the manifesto launch at the Barnes Wetland Centre in London: “Our planet is ringing the alarm.”

Ms Berry said this was the “last election to take the first step down the right path”.

The party is standing 500 candidates in the 12 December election.

ANALYSIS: Greens take Labour’s offer and pop it in a grow bag

Much of the Green Party’s newly-unveiled manifesto reads like the product of taking Labour’s offering and popping it in a grow bag.

As expected, the aim on climate change is bigger, bolder and more expensive.

The party wants to get to carbon neutral by 2030 – the same target approved by activists at Labour’s conference that now looks set to be shelved in their manifesto.

To achieve that they’d spend £100bn a year – bigger than the entire annual budget of the Department for Education – with most of it funded by borrowing.

Asked if it’s responsible to rack up so much debt, the Greens point to state spending after international emergencies like the financial crash – and even the Second World War – and say the climate crisis is of similar severity.

Often stereotyped as the “nice party”, the Greens are less clear about what it is they would force people to stop doing and how they would punish those resistant to changing their behaviour.

As for the rest of the Green offering, it has a lot of overlap with Labour with promises to scrap tuition fees and bring in a universal basic income.

On the back of the Extinction Rebellion protests and buoyed by an alliance with other Remain-supporting parties, the Greens will be hoping for a strong showing at this election.

In reality, they’ll struggle to take any more seats in Westminster, but an increased share of the vote will only amplify their message at a time when mainstream parties are waking up to the challenges of a changing climate.