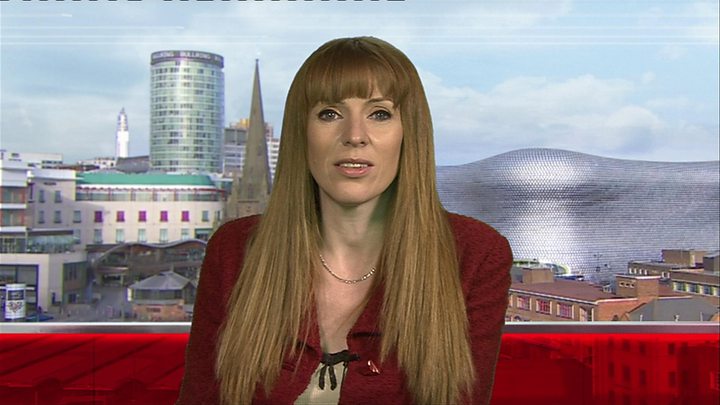 Labour and the Conservatives will later set out rival plans to tackle England’s housing shortage.

Jeremy Corbyn will promise the biggest affordable house building programme since the 1960s, including 100,000 new council houses a year by 2024.

Boris Johnson will announce measures to help first-time buyers and boost private house building, promising a million homes over the next five years.

The announcements come ahead of Labour’s manifesto launch on Thursday.

“Many families are in sub-standard accommodation, paying huge amounts of money for it,” she said.

Promising to protect the green belt, she said the houses would be built on brownfield sites and unused public sector land.

Labour’s £75bn plans will be paid for using half of its £150bn Social Transformation Fund – a pot it says it will use to “repair the social fabric” in the country, if they win a majority in 12 December’s general election.

The council house pledge means the homes will be built and run by local authorities, and paid for out of the public purse – with rent returning to the councils.

Mr Corbyn will also promise 50,000 “genuinely affordable homes” a year to be offered through Housing Associations – scrapping the current definition of affordable and replacing it with one linked to local incomes.

Housing Associations are not-for-profit organisations which put any money made through rent back into the maintenance and building of new houses, and can be subsidised by the government.

Homes run by these groups fall under the umbrella term of “social housing”, along with council homes.

Labour says its plan will be the biggest council and social housing programme in decades – a repeat of the pledge it made at the 2017 general election.

“Housing should be for the many, not a speculation opportunity for dodgy landlords and the wealthy few,” Mr Corbyn will say.

“I am determined to create a society where working class communities and young people have access to affordable, good quality council and social homes.”

Chief executive Polly Neate said: “Labour’s plan would be transformational for housing in this country.

“A pledge to build social homes at this scale would, if implemented, do more than any other single measure to end the housing emergency and give new, affordable, safe homes to hundreds of thousands currently without one.”

Paul Johnson from the Institute of Fiscal Studies said, if done quickly, Labour’s policy might “risk… canabalising what’s going in the private sector”.

Labour is promising to be building a very large number of homes in England in five years.

You have to go back over 40 years to find more than 100,000 council homes being built in a year, while housing associations have never managed to build as many as 50,000 homes in a year.

It has been unusual recently to see 150,000 new homes being built in a year by anybody, let alone just by local authorities and housing associations.

There has already been talk of skills shortages in the construction sector, so there is going to have to be a great deal of training or a lot of construction workers being attracted from overseas if this target is going to be met.

The Conservatives will also announce a number of policies alongside their million homes pledge, which includes an overhaul of the planning system.

A future Tory government would not use public money to build the houses, but pursue policies that they believe will encourage the private sector to build more.

The party will promise to introduce a new mortgage with long-term fixed rates, and only needing a 5% deposit, to help renters buy their first homes.

And it will create a scheme where local first-time buyers will be able to get a 30% discount on new homes in their area.

“The Conservatives have always been the party of homeownership, but under a Conservative majority government in 2020 we can and will do even more to ensure everyone can get on and realise their dream of owning their home,” said Mr Johnson.

“At the moment renting a property can also be an uncertain and unsettling business, and the costs of deposits make it harder to move. We are going to fix that.”

The Bank of England considered when it might be appropriate to relax this recently and concluded it should only do so if first-time buyers were being deterred by prices rising faster than they are now.

So a strategy of less cautious lending could put the government on a collision course with the Bank of England, added our correspondent.

On Wednesday, the Liberal Democrats launched their manifesto, promising to build 300,000 homes a year by 2024, including 100,000 social homes.

The Green Party also announced in their manifesto they want to build an extra 100,000 council houses a year.