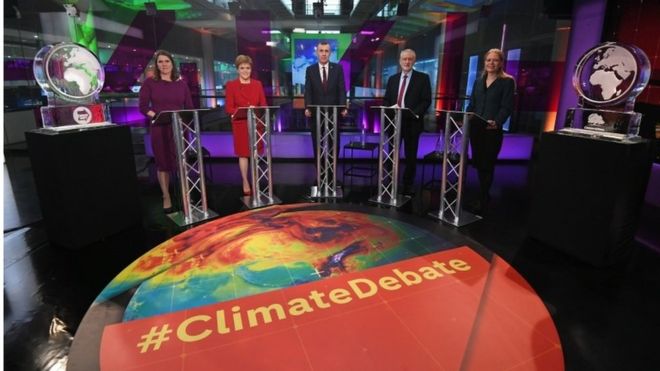 Ofcom has decided not to investigate a Conservative Party impartiality complaint about a Channel 4 special.

The party complained ahead of the Climate Debate on 28 November about C4’s intention to “empty chair” the Conservatives with an ice sculpture.

It criticised the channel’s refusal to accept Cabinet Minister Michael Gove as the Tory representative if the Prime Minister, Boris Johnson, didn’t attend.

But Ofcom concluded the Conservative viewpoint had been given due weight.

The one-hour programme went on to “empty chair” both Mr Johnson and Brexit Party leader Nigel Farage, who was also replaced with an ice sculpture.

In a statement, the media watchdog said: “Ofcom’s election committee concluded that, across the one-hour debate and a subsequent news programme, Channel 4’s use of editorial techniques ensured that the Conservative’s viewpoint on climate and environmental issues was adequately reflected and given due weight.”

The Conservative complaint had described the use of the ice sculpture to replace Mr Johnson as “a provocative partisan stunt”.

But Ofcom said: “The committee also took into account that the globe ice sculpture was not a representation of the Prime Minister personally, and little editorial focus was given to it, either visually or in references made by the presenter or debate participants.”

Channel 4 told Ofcom the programme was intended to be a party leaders’ debate from the outset.

It added that the leaders of the Labour Party, the Liberal Democrats, Plaid Cymru, the SNP and the co-leader of the Green Party, all agreed to participate in the programme on the understanding it was a leaders’ debate.

Channel 4 said Mr Gove arrived unannounced at the ITN building ahead of the debate and requested the channel ask the other party leaders in attendance if they would agree to him participating instead of Mr Johnson.

Channel 4 said it did so but they declined.

Broadcasters have editorial freedom in determining the format of any election debate. Depending on the circumstances, they may choose to proceed without having agreed the participation of a particular political party or politician, providing they take steps to ensure the programme complies with Ofcom’s due impartiality and election rules.