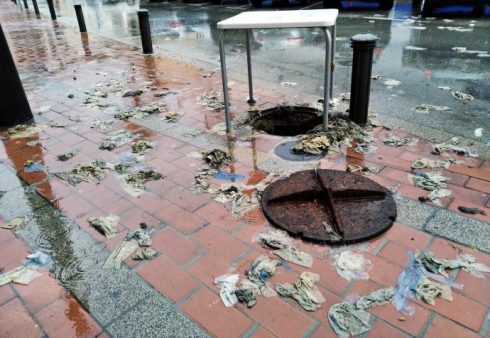 The worst rainfall has been concentrated in the northern coastal region of the Costa Blanca.

The Arenal beach area of Javea has been particularly badly hit, with road closures and Policía Local were dispatched to rescue trapped drivers.

A woman also reportedly fall down a sewer drain after a manhole cover burst open in Javea port.

It comes as Spain’s Met Office have issued an orange weather warnings with gale force winds for the Costa Blanca, in place until tomorrow.

Waves up to 4m are also predicted along the coastal region from Valencia to Murcia.