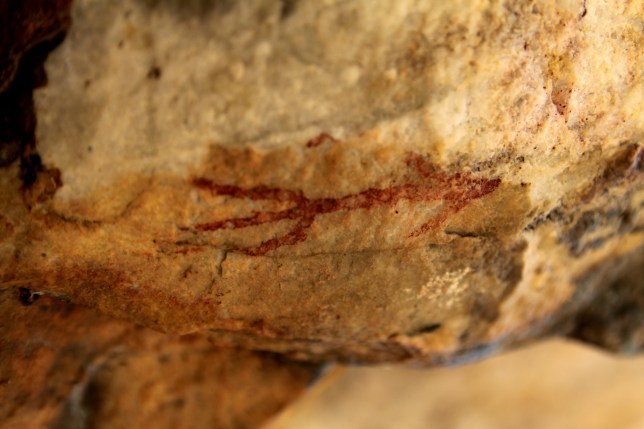 An ancient cave painting, thought to be 5,000 years old, has been discovered in Spain.

While it was first uncovered a year ago, it has taken experts from Russia 12 months to be certain of its origins.

The painting, which looks like an arrow with a reddish hue, was found in Alburquerque, Extremadura by a local resident who was exploring nearby tombs.