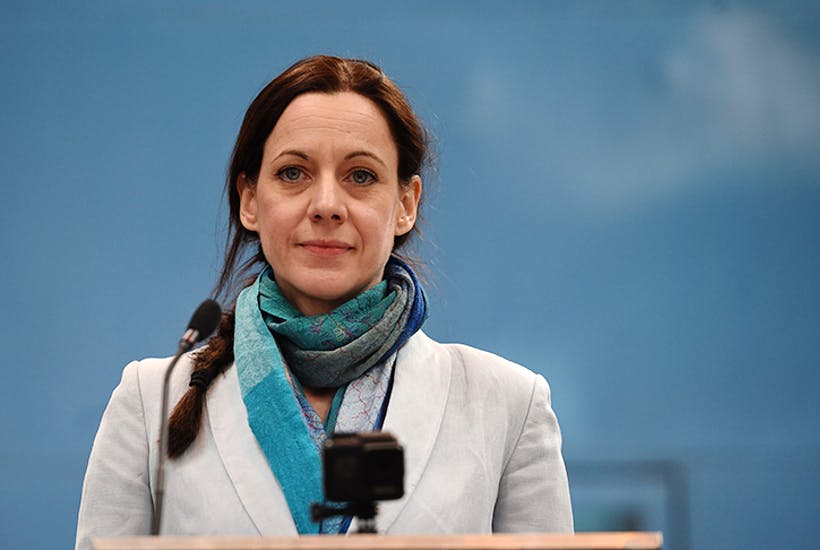 Three MEPs are quitting the Brexit Party and urging people to back the Conservatives at the upcoming election.

Annunziata Rees-Mogg – sister of cabinet minister Jacob – as well as Lance Forman and Lucy Harris are due to announce their decision later today.

They will urge voters to support the Tories on polling day in exactly one week’s time to “get Brexit done”.

Ms Rees-Mogg, MEP for the East Midlands and an ex-Conservative candidate, said: “The Brexit Party is splitting the vote of Leavers in marginal and not-so-marginal constituencies.

“In Scotland, Wales and England the Brexit Party are permitting votes to go away from the Conservatives, providing us with a Remain coalition that will do anything not to honour the Brexit referendum.”

Ms Harris confirmed the group would not be resigning as MEPs, so they could support the Brexit deal in the European Parliament.

Nigel Farage, leader of the Brexit Party, said he was “disappointed” at the news.

He claimed that after he stood down candidates in all Tory-held seats and called on Boris Johnson to reciprocate in other areas, the MEPs’ decision would only split the Leave vote in Labour heartlands.

“We are disappointed that four of our MEPs don’t seem to understand that we both saved the Conservative party from large scale losses to the Liberal Democrats in the South and South West of England,” Mr Farage said.

“We are also hammering the Labour Leave vote in its traditional heartlands making it much easier for the Conservatives to win many of those seats.

“The only vote on the Leave side that is currently being split is in areas such as Barnsley, the South Wales valleys, Doncaster and Hartlepool where there is a risk that the Tories will split our vote.”

A party spokesman added: “We also note that one of the MEPs is the sister of a cabinet minister, another has a partner who works in the office of the same cabinet minister, and yet another is a personal friend of both Boris Johnson and Michael Gove.”

Earlier on Thursday it was announced four Brexit MEPs had quit. It was later clarified that MEP John Longworth was kicked out of the party for “repeatedly undermining” their election strategy.

He had previously called on them to stand down more candidates and only pursue “20 or 30” constituencies.