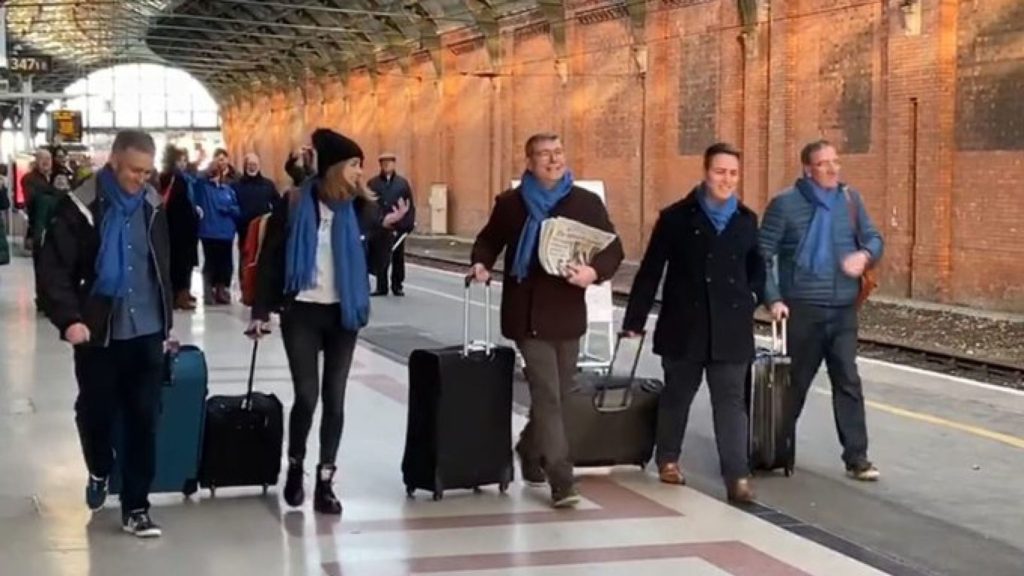 The prime minister will address his new colleagues as he prepares to put his 80-strong House of Commons majority to work, including by passing his Brexit deal.

Among Mr Johnson’s first jobs is a freshening up of his government, with a mini reshuffle of ministerial ranks to replace departed colleagues.

It has been suggested the prime minister will undertake a more sweeping reshuffle of his cabinet in February, once the UK has left the EU.

Many of the new Conservative MPs come from areas in the North and the Midlands – some of which have not had a Tory representative for decades or, even, ever.

The party’s victory in traditional Labour seats such as Grimsby, Scunthorpe and Bolsover helped give the prime minister his huge parliamentary majority.

Mr Johnson has now put himself under pressure to deliver on his election promises in those areas.

“We’ve got working-class Tories voting for us for the first time ever, and if we let them down then these are going to be one-term MPs – they don’t want to be one-term MPs,” senior Conservative MP Nigel Evans told Sky News.

“You’ve got to make sure that we’re investing in the north of England and in the Midlands in those seats that feel deprived, feel forgotten, one of the reasons they voted Brexit in the first place.”

Meanwhile, the recriminations and rancour over Labour’s election disaster – the party’s worst result since 1935 – are set to continue during the week.

Yesterday former Labour MP Caroline Flint, who lost her seat on Thursday night, claimed shadow foreign secretary Emily Thornberry said to a fellow MP that she was “glad my constituents aren’t as stupid as yours”.

Ms Thornberry later called it a “total and utter lie”, adding: “I have never said this to anyone nor anything like it.”

The contest to replace Jeremy Corbyn as Labour leader – who has been invited to address Labour MPs on Tuesday evening as part of the party’s election post-mortem – will officially start on 7 January, with his successor elected by the end of March.

A source suggested Labour officials are “moving at lightning speed” to choose Mr Corbyn’s replacement, in order to prevent new members joining the party in time to vote in favour of a particular leadership candidate.

Labour are also due to elect a new deputy leader following Tom Watson’s decision not to stand for re-election, with shadow justice secretary Richard Burgon reported to be considering a bid for the deputy leadership role in tandem with Ms Long Bailey’s bid for leader.

There will also be around a dozen new Scottish National Party MPs joining the party’s Westminster leader Ian Blackford in the Commons, as they continue their push for Scottish independence after a strong election result.

Despite SNP leader and Scottish First Minister Nicola Sturgeon insisting she is pursuing the plan, senior cabinet minister Michael Gove told Sky News on Sunday that the Tories would “absolutely” rule out another referendum.