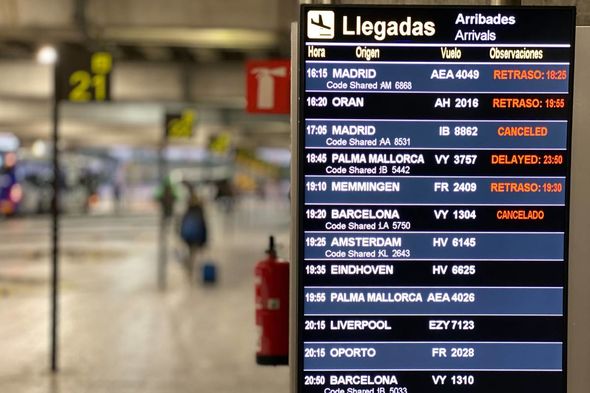 A British Embassy spokesperson said: “We are aware that a number of UK Nationals were turned back from Alicante airport at the weekend and we have been in touch with the authorities.
If a UK National has been prevented from entering Spain and wishes to make a complaint they should contact The Spanish Ministry of Interior or the Spanish National Ombudsman.
If you are a UK National who has been turned away and you hold sufficient documentary evidence to prove you have legal residency in Spain – as per our Travel Advice – we stand ready to take this up with the Spanish authorities. You can get in touch with the Embassy here.

“It is crucial that when making plans to travel from the UK to Spain, a UK National must make sure that they meet both the requirements to leave the UK and those to enter Spain, bearing in mind that they are not the same. Spanish rules set out that entry to Spain will currently only be granted to those passengers who can demonstrate that their journey falls under one of the allowed exemptions, as well as to those who are already legally resident in Spain.
Prior to 30 March only those who were legally resident were permitted to enter. Ultimately, the decision on whether to grant entry into Spain is made by Spanish border officials.

For the latest information and links to the restrictions on leaving the UK and entering Spain, we advise people to visit our Travel Advice page on gov.uk and sign up for alerts, so that they are notified of any changes: https://www.gov.uk/foreign-travel-advice/spain”