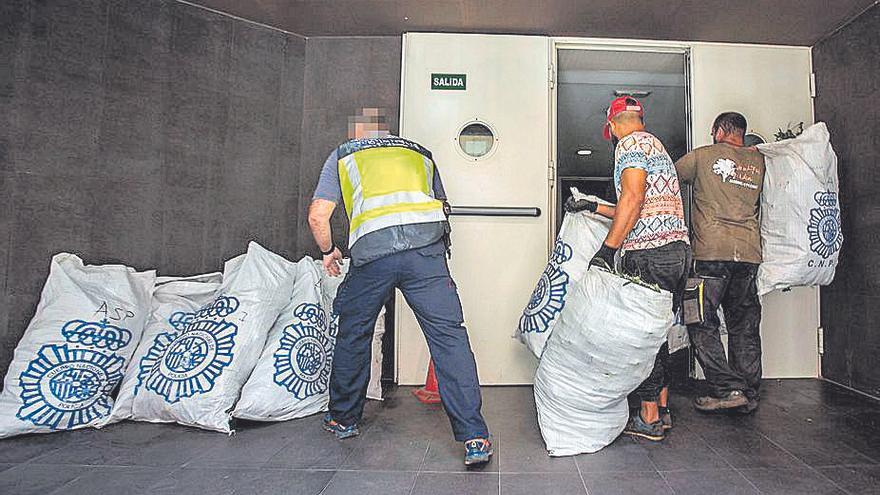 Yesterday, the National Police arrested twenty people in an anti-drug operation carried out in the provinces of Alicante, Valencia, Tarragona and Barcelona to dismantle a Serbian network dedicated to the cultivation of marijuana to export, especially, to the Balkan country. In addition to the arrests, the agents dismantled several marijuana plantations and seized drugs already prepared for distribution to the Serbian mafia, as well as large amounts of cash.

The anti-drug operation was carried out simultaneously in Serbia, where it is assumed that the Serbian police carried out more arrests linked to the mafia clan of narcos, who rented villas and ships and converted them into industrial marijuana production farms.

The detainees in the province of Alicante were transferred to the police stations of Alicante, Benidorm and Elx. In the case of Alicante, late in the morning a van arrived with more than twenty bags with the logo of the National Police and full of marijuana from the dismantled plantations in Sax, Aspe and La Romana, in addition to those detected in Torrent and Chiva.