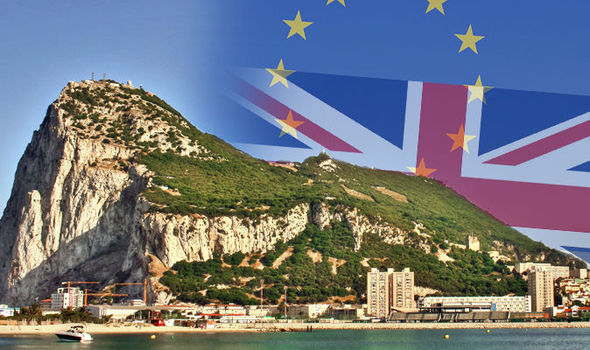 The hard-fought agreement between the UK and EU over a 21-month transition period after Brexit has been thrown into doubt after Spain refused to endorse the deal without further concessions over Gibraltar.

With days to go before the 27 EU leaders are expected to welcome the two sides coming together over a 129-page withdrawal agreement, including the terms of the transition, Madrid said it was withholding its support.

It is understood that Spain, which lays claim to the Rock, wants the legal text to be clearer that it has a veto on Gibraltar continuing to enjoy the benefits of the single market and the customs union.

While EU officials are confident they can persuade Spain to back the withdrawal agreement before a sign-off by leaders in Brussels on Friday, it would be a hammer blow if the full 27 member states were not able to endorse a deal in principle on the transition period, given the need to offer reassurance for British businesses.

Spain has gained the rest of the EU’s agreement that the UK must come to a bilateral accord over the future of Gibraltar for it to enjoy the benefits of the deal struck by the British government with Brussels.

The Spanish government was concerned, however, by comments from the Brexit secretary, David Davis, on Monday in which he suggested that this was in doubt. Asked by a Spanish journalist on Monday whether the transition agreement covered Gibraltar, Davis replied: “Yes, it does cover Gibraltar. That is our view of it.”

In an open letter before a leaders’ summit, where the 27 member states were expected to give their support to the withdrawal agreement, Donald Tusk, the president of the European council, warned of the possible breakdown but said he was working to rectify the situation.

“Yesterday [Monday] our negotiators reached a solution on parts of the withdrawal agreement,” he said. “Whether all 27 member states can welcome this at the European council remains open.”

Meanwhile, the latest draft of the EU’s guidelines on the future relationship contains a fresh rebuff to Theresa May’s hopes for a special Brexit deal for the City of London.

In the latest version of the EU’s draft plan for the post-Brexit future, financial services are mentioned explicitly for the first time. But the offer falls far short of the vision sketched out by May, in which she called for mutual market access based on an agreement where both sides aim for the same outcomes. Instead, the EU is looking at a beefed-up version of existing rules for foreign countries.

Current rules allow non-EU banks, clearing houses or exchanges to operate in the bloc where their rules are deemed “equivalent” to those agreed in Brussels.

Speaking in Brussels, Barnier pointedly said the UK would not be offered anything more generous than what was given to Japanese and US financial services providers. He said: “There is nothing new there.”

Barnier said the EU “will not be giving way in any way” on its commitment to financial stability.

The development poses problems for the UK financial services industry, because equivalence is either time-limited and or can be stopped at short notice.

Switzerland, which is not in the EU, is currently contesting a decision by Brussels to grant Swiss stock markets access to the single market for just one year.

The text on financial services, which has been drafted by France and Luxembourg, states that “the aim should be reviewed and improved equivalence mechanisms”.

While EU officials have not hammered out what “improved” means, the outcome falls short of British hopes for a system that would come close to replicating the financial services “passports” that will be lost after Brexit.