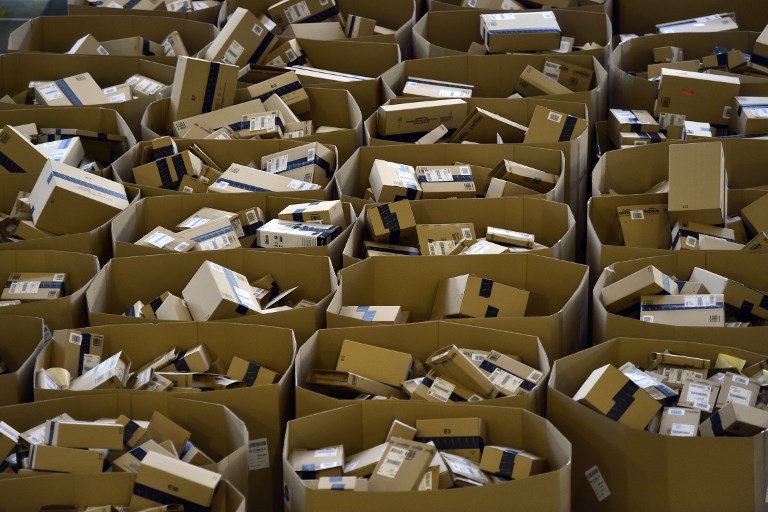 At 10pm on Tuesday night, workers at the Amazon logistics center in the Madrid municipality of San Fernando de Henares began a 48-hour strike. It’s the first stoppage that the US e-commerce giant has suffered in Spain since it began operating in the country.

The nearly 2,000 workers in the enormous high-tech warehouse are calling for a new collective agreement, after their previous one expired more than a year ago. The company is proposing that the workers adhere to the provincial agreement for the sector, albeit with a few changes, but the staff believe that this would be damaging to their rights and pay and are refusing to sign.

The company has declined to comment on the industrial action, just sending out a press release

According to UGT and CCOO, Spain’s major labor unions, the strike has so far been a “complete success,” with 98% of workers observing the stoppage. The company has declined to comment on the industrial action, just sending out a press release in which it states that the conditions of its workers are competitive and that they will receive pay rises on April 1.

The San Fernando warehouse, which was the first that Amazon opened in Spain, is home to around 2,000 employees, 1,100 of whom are on fixed contracts. The stoppage, which was approved by 75% of the workforce, is due to last until 10pm on Thursday, barring any progress in negotiations with the company.

“We are very, very happy,” said UGT delegate at the company Rosa García about the support for the stoppage among workers.

According to García, salaries and working conditions have been “frozen” at the Amazon warehouse since the last collective agreement expired. Among the conditions that employees fear will be imposed under the new deal proposed by Amazon are “the freezing of mid- and low-category salaries,” as well as the loss of benefits for length of service.

They would also lose money should they take medical leave. “Currently they pay us 100% of our salary the first time we take leave, but that would be changed to 75%,” she explains. “And you have to take into account that there are a lot of injuries and leaves taken given the type of work.”

García reports that some of her colleagues have been put under pressure by the company to not observe the strike. CCOO has denounced that Amazon has “coerced” employees via the human resources department, “asking [casual employees] individually” whether they were intending to stop and “reminding them that their contracts will soon end and that they owe something to the company,” according to a statement posted on the union’s website. García also explains that weekend shifts have been extended in order to “compensate” for the effects of the stoppage.

The company says its employees’ pay is “toward the high end of the logistics sector,” with a “wide-ranging package of benefits”

In the statement released by Amazon, the company says that its employees’ pay is “toward the high end of the logistics sector,” with an “attractive salary and a wide-ranging package of benefits,” among which are medical, life and accident insurance, a company pension plan and training courses.

What’s more, it states that “all employees” at San Fernando will receive a salary rise of between 1.6% and 5.6%, depending on their category, from April 1 onward.

The press release includes statements from Fred Pattje, the general manager of operations in Spain and Italy, in which he states that the company will continue “to take part in daily direct dialogue with our employees.”