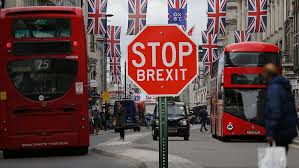 Vince Cable’s claim that eight liberal EU prime ministers have backed the Lib Dem call for another referendum has been denied  – by the EU’s liberal group.

On Thursday, the Lib Dems said a joint statement by the EU leaders had been agreed giving support to Cable’s demand for “the British people to have the final say on the Brexit deal”.
Cable said it was “a clear signal from our European friends that they want us to remain in the European Union and would welcome an exit from Brexit with open arms”.

But the Alliance of Liberals and Democrats for Europe (ALDE) later said this was not true and “no statement has been agreed”.

The ALDE is the grouping of liberal parties in the European Parliament.

In a press release sent at 2.20pm today, the Lib Dems said eight PMs including Mark Ruttee of the Netherlands and Charles Michel of Belgium backed the referendum policy.

The party said the leaders had agreed to a joint statement following a working lunch in Brussels which read:

“We regret Brexit, but acknowledge the choice made by British voters for the UK Government to negotiate withdrawal.

“We further acknowledge and support the Liberal Democrats’ call for the British people to have the final say on the Brexit deal.

“All parties need to seek a broad deal accommodating both the position of the UK government and the principles on which the European Union is built.”

Covid: Spain to launch its own vaccine