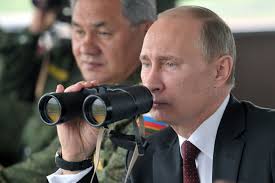 The EU has recalled its ambassador to Moscow after leaders agreed it was “highly likely” Russia was responsible for a nerve agent attack in the UK.

The European Council of EU leaders said there was “no plausible alternative”.

Moscow denies responsibility for the attack on an ex-spy and his daughter and said the EU was following an “anti-Russian campaign launched by London”.

Meanwhile, British diplomats expelled from Russia have left the embassy in Moscow ahead of Russia’s deadline.

Russia decided to expel the British diplomats in a tit-for-tat response to the UK’s expulsion of 23 of its diplomats.

Former Russian spy Sergei Skripal and his daughter Yulia remain in a critical but stable condition after the attack on 4 March.

UK Prime Minister Theresa May welcomed the EU support, saying that it was right “we are standing together” as the threat posed by Russia “respects no borders and it is a threat to our values”.

The EU said its ambassador to Russia, German Markus Ederer, was recalled “for consultations” and was expected in Brussels over the weekend.

The European Council statement added: “We stand in unqualified solidarity with the United Kingdom in the face of this grave challenge to our shared security.”

In response, Russia’s foreign ministry said: “We regret that the EU chose to follow another anti-Russian campaign launched by London and its allies from across the ocean, with the obvious purpose of creating yet another obstacle to normalising the situation on the European continent.”

Mrs May briefed her counterparts on Thursday on the poisoning of the Skripals, who were found unconscious on a bench in Salisbury.

The prime minister set out the evidence the UK has against Russia – including the positive identification of the chemical used as a type of Novichok nerve agent and the knowledge that Russia has produced this agent within the last 10 years.

Asked if she had relied on UK intelligence information to convince EU allies, Mrs May said the UK had been sharing “throughout” the investigation “what intelligence we can share with our colleagues”.

She said: “What is crucial is that there was recognition around the table about the threat that Russia poses.”