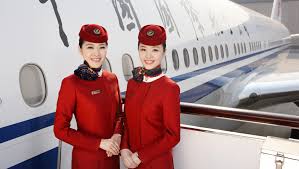 The first-ever direct flight from Barcelona to China was unveiled today (Sunday) at El Prat airport and will replace the existing route which stops for refuelling in Vienna, Austria.

Air China will increase its Barcelona-Shanghai routes from three a week to four as well as creating the non-stop Barcelona-Peking flight, which will also run four times a week in either direction.

Once in Shanghai or Peking, connecting flights via Air China can be taken to national and international destinations in Japan – mainly Tokyo – South Korea, Taiwan, Hong Kong, The Philippines, Vietnam and Australia.

Until now, the Barcelona-Peking route has taken 12 hours and 15 minutes with a connection in Vienna, but is now reduced to 10 hours and 50 minutes with the direct flight.

Air China expects the Barcelona-Peking flight to continue to be nearly full now the non-stop version has been launched, and says its forecast for passenger numbers over the summer is ‘excellent’.