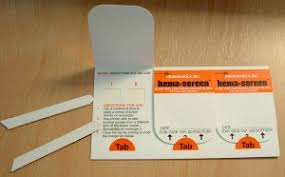 Mortality rates for bowel and colon cancer have dropped by 7% in Europe in the last six years and are expected to continue to fall, according to the magazine Annals of Oncology, largely due to prevention and early diagnosis, helped by routine testing.

Mostly thanks to Spain’s national cancer care and research charity, the AECC, automatic screening for all residents aged over 50 was introduced in the majority of the country around five years ago, although medical professionals are still concerned about the low take-up rate.

They stress that the screening is non-invasive, since all that is required is to return a form in a pre-paid envelope to receive the necessary kit, to be used to provide a faeces sample which can be handed in discreetly at the patient’s local surgery. Only if blood is detected will the person be called back for a colonoscopy, which can be carried out under sedation to avoid pain and discomfort.

A colonoscopy allows healthcare professionals to detect very early-stage cancerous cells which can be removed with minimum or no additional treatment required, and also to ‘snip out’ polyps discovered during the examination to prevent these developing into tumours much later.

Routine testing is extremely important, given that it is responsible for the second-highest number of cancer deaths in the European Union – 98,000 men and 79,400 women per year.

This figure has gone down by 7% since 2012, according to research team leader Dr Carlo La Vecchia of Milan University’s Faculty of Medicine, who is working with scientists from Italy, Switzerland and the USA.

They studied mortality rates for different types of cancer in Spain, the UK, France, Italy, Germany and Poland, and found that the number of deaths from the disease were continually diminishing, except for cases of lung cancer in women, and pancreatic cancer.

With the latter, charities in Spain have admitted they have difficulty in attracting support and donations for research because of widespread public opinion that sufferers have ‘brought it upon themselves’, despite the growing number of lung cancer patients who have never smoked, and the fact that only around 20% of smokers develop lung cancer.

The research team studied survival rates for cancer of the stomach, bowel, colon, small intestine, pancreas, lungs, breast, cervix and uterus, ovaries, prostate, and bladder, and various types of leukaemia. They concluded that it was bowel and colon cancer which was the most common cause of death from the disease among non-smokers, affecting men and women almost equally.

Given this, the rise in survivor numbers is a great success for clinical oncology in the EU – especially in terms of testing and early diagnosis, since few major advances have been made in treatment methods.

Dr La Vecchia explains that the lower risk in women could be partly due to the use of oral contraceptives and HRT, and says aspirin may also help.

His team studied data by the World Health Organisation (WHO) from 1970 to 2012, and concluded that mortality from bowel and colon cancer has been steadily falling in women since figures first began being collated, and in men from 1993 onwards.

Dr La Vecchia predicts that this year, nearly 1.4 million people in the EU will die from cancer, compared with 1.3 million in 2012, due to a greater incidence of the disease.

Overall, pancreatic cancer is expected to claim about 90,000 lives in the EU this year, around the same as breast cancer, although the latter is much more common and survival rates are now in region of 90%, largely due to regular routine testing leading to much earlier diagnosis.

In Spain, all women aged from 45 to 65 inclusive are called for a mammogram every two years, but younger women may also be referred if they have a family history or have ever found a lump in their breast, even if this was benign.

A campaign by a young cancer survivor in the Comunidad Valenciana is calling for all women aged 30 or more to be given a mammogram, ultrasound or both if they have a family history.

María Ferrer, from Jávea (Alicante province) paid a private clinic for a mammogram ‘as a precaution’, since her own mother had died in her 30s from breast cancer.

This test showed María, who was then 42, had breast cancer, and she realised that it was only her decision to pay for a test to ‘put her mind at rest’ that led to her condition being discovered in time.