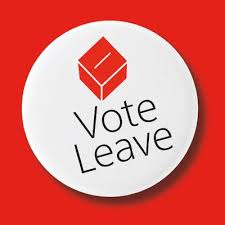 Claims the Vote Leave campaign exceeded spending limits in the 2016 Brexit referendum are to debated by MPs.

Lib Dem Tom Brake, who secured Tuesday’s debate, said the public had to be sure that elections are “free and fair” and conducted within the rules.

Vote Leave has denied ex-volunteer Shahmir Sanni’s claim it may have used a different pro-Brexit group, BeLeave, to get round strict spending controls.

Meanwhile, Theresa May has defended one of her aides at the heart of the row.

The role played by Vote Leave during the EU poll is currently being investigated by the Electoral Commission.

Mr Sanni has claimed the official Brexit campaign donated £625,000 to youth-oriented group, BeLeave, but required it to spend the money on a firm Vote Leave used for its digital advertising.

Vote Leave would have gone over its campaign spending limit of £7m if it had spent the money itself.

Lawyers for Mr Sanni and ex-colleague Christopher Wyllie published a 50-page legal opinion on Monday which they argued pointed to “a prima facie” case that Vote Leave broke electoral law during the fiercely-contested 2016 poll.

They said witness statements and documents provided by the whistleblowers “strongly suggest” the donation to BeLeave was actually used for Vote Leave’s benefit.

QCs Clare Montgomery and Helen Mountfield, from Matrix Chambers, and Tamsin Allen, from Bindman’s solicitors, called for an urgent investigation into whether expenses had been authorised which ought to have been known would exceed election spending limits.

Mr Sanni, who was not at Monday’s press conference, told the Observer newspaper on Saturday that the founder of BeLeave, Darren Grimes, was not in control of how the money was spent. He claimed most of the donation went to Canadian data firm Aggregate IQ, which has been linked to Cambridge Analytica – the firm facing claims it amassed the data of millions of people without their consent.

He has denied his group broke any rules, saying it had received permission from the Electoral Commission to make donations in the run-up to the referendum.

And Foreign Secretary Boris Johnson, a key figure in the Vote Leave campaign, has claimed that the allegations are “ludicrous” and that the Leave campaign won the poll “fair and square and legally”.

Lawyers for AIQ told Channel 4 News that it had “never entered into a contract with Cambridge Analytica” and it had “never knowingly been involved in any illegal activity”.

Speaking on Monday, Ms Allen said no communication had been obtained proving that Vote Leave ordered BeLeave to pass money to AIQ, but there was a “strong inference” that this had happened.

Mr Sanni has claimed everything his team did passed through Vote Leave manager Stephen Parkinson, Mr Sanni’s ex-boyfriend, who is now the prime minister’s political secretary.

Mrs May has been urged to intervene by Labour MPs after Mr Sanni claimed that Mr Parkinson had outed him as gay in his original response to press coverage about links between Vote Leave and Cambridge Analytica.

Mr Sanni, a British Pakistani, said he was forced to tell his family and that relatives in Pakistan could be in danger as a result.

Speaking in the Commons, Mrs May told MPs statements on the matter issued by Mr Parkinson were “personal” in nature, telling MPs “my political secretary does a very good job”.

She added: “I of course recognise the importance of ensuring that we do recognise that for some being outed as gay is difficult because of their family circumstances.”

No 10 said Mr Parkinson’s statement to reporters had been issued by a political member of No 10 staff, having been “circulated for information to a small number of people” in Downing Street.

On the wider role played by Vote Leave during the campaign, she said: “The question of whether rules were followed in the referendum is a matter for the Electoral Commission.

“I do refer to the Brexit referendum because the people of the United Kingdom voted to leave the European Union and that’s what we are going to deliver for them.”

Vote Leave has previously said it made the donation to Mr Grimes because it was coming up to its £7m spending limit and wanted a way of using the £9.2m it had raised on campaigning activities.