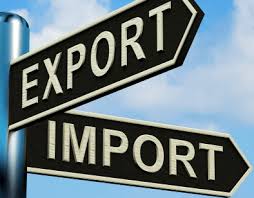 The government should not rule out continued membership of the European Economic Area (EEA) after Brexit, a committee of MPs has said.

The Brexit committee said joining Norway in the European Free Trade Area (Efta) should also be an option.

Brexit Secretary David Davis has previously ruled out both options.

The recommendation caused splits in the committee, with Tory Brexiteers, led by Jacob Rees-Mogg, voting against its inclusion in their report.

The committee’s Brexiteers also voted against the report in its entirety, but were defeated by 10 to six.

Committee chairman Hilary Benn told BBC News it was “not surprising” there had been disagreements, given the country and Parliament were divided on Brexit, but that they had agreed on some issues.

He said the committee did not think there would be a trade deal with the EU by the autumn in time for the “meaningful” vote promised to MPs.

Instead, he predicted, there would be a “political declaration about the future relationship” with little detail – and talks would inevitably “spill over into the transition period which is due to end by December 2020”.

He said the committee’s report would help MPs to “judge what is put in front of them against a set of tests we have put out”.

The EEA and Efta

The committee’s 15 tests set a “high bar” for the government but are based on the past pledges made by the prime minister and David Davis, said Mr Benn.

“It is vital that UK businesses are able to continue to trade freely and sell services into our largest market after we leave, without additional costs or burdens or a hard border in Northern Ireland and that we maintain close co-operation on defence, security, data and information-sharing and consumer safety.”

And if negotiations on a “deep and special partnership” proved unsuccessful, EEA/Efta membership should “remain an alternative,” he added.

David Davis has previously ruled out EEA/Efta membership, calling them in “in many ways, the worst of all outcomes”.

He told MPs in September the government had considered them as an option during the transition period but decided it would be “more complicated, more difficult and less beneficial” than designing a bespoke arrangement.

Mr Benn said the government had ruled out things before but had to “face reality” and accept them during Brexit negotiations.

The committee’s tests also include keeping an open border between Northern Ireland and the Republic of Ireland, co-operation on crime and terrorism and tariff-free trade between the UK and EU.

The report also calls on the government to maintain convergence with EU regulations in “order to maximise access to European markets”.

It also advises that any new immigration arrangements “must not act as an impediment to the movement of workers providing services across borders”.