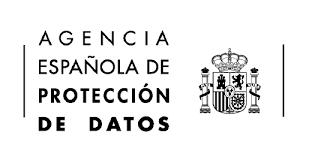 The Spanish Socialists (PSOE) want to tackle fake news with an amendment to a new data protection bill currently making its way through parliament.

The amendment, which EL PAÍS has seen, suggests eliminating fake content that violates the right to receive truthful information. It also proposes extending the same constitutional rights and liberties enjoyed in the physical world to the online realm.

The text of the amendment proposes making administrators of social media, digital platforms and similar services the guarantors of truthful information. To this end, “effective protocols” should be adopted to, if necessary, “eliminate content that violates the constitutional right to freely communicate or receive truthful information through any means of communication.”

The new norm would affect the dissemination of fake news as a political strategy, as evidenced during the election campaigns in various countries, as well as those that are propagated with other goals.

The initiative also seeks to guarantee individuals’ right to honor and reputation in the online world, and urges administrators of social media, digital platforms and other distribution outlets to adopt the necessary protocols to “preserve human dignity” and “guarantee that users in breach of these protocols may be identified.”

Affected parties could demand that online outlets publish corrections regarding news that does not reflect their current situation, when it involves police or legal action against them that was later revoked.

The amendment, which was introduced by the Socialist deputy Artemi Rallo, a former head of the Data Protection Agency, also defends the right to be forgotten, and proposes cancelling personal data “when, in time, it becomes inadequate, non-relevant or excessive in relation to the goal for which it was collected.” In such cases, search engine administrators would be forced to eliminate certain links from search result pages.

The 15-point amendment affects the draft Data Protection Law that seeks to adapt to European regulations. These EU norms include ensuring affordable, quality access to the internet, digital education, and protection of minors. There is also a section on protecting the digital rights of workers, including the right to disconnect outside working hours to prevent “digital fatigue.”

The bill also urges the government to create a National Internet Access Plan to overcome the digital divide, increase public access points and train people at risk of digital exclusion. An additional Action Plan is required to raise awareness among underage users about responsible digital use.

The PSOE sees this as an opportunity to put Spain at the forefront of fundamental rights protection in the digital era, and is hoping for cooperation from the governing Popular Party (PP) on this issue.

In the wake of the Cambridge Analytica scandal, the PSOE is also proposing changes to electoral legislation to prohibit campaigning based on social media profiling when the targets are not aware of the goal, selection criteria or the identity of the company hired to create the voter profiles.