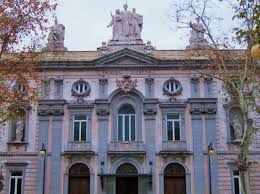 The former chief of Catalonia’s regional police and other regional security officials have been charged with sedition over their role in events leading last year to a banned independence referendum.

Two more members of the regional police and an official with the regional interior department were also indicted.

Trapero was hailed in Catalonia as a local hero for the handling of deadly extremist attacks in and near Barcelona last summer.

He then came under pressure when central authorities urged the regional police to stop the Oct. 1 referendum banned by Spanish courts.