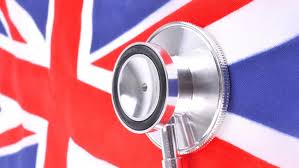 Ipsos MORI’s March 2018 Issues Index shows that close to half of the public name Brexit (47%) and the NHS (46%) as big issues facing Britain, while housing is joint-third on 22%.

The economy, housing and education are the joint-third biggest issues facing the country, with each named by 22% of the public. This is an historically high score for concern about housing; although 22% also named it as an issue in August 2016, the last time concern about housing was at this level was October 1974, when 27% were concerned.

While the NHS and Brexit top the worries of nearly all demographic groups, those from ABC1 social grades are almost twice as likely to be concerned about Brexit than those from C2DE (59% to 32%). By contrast, concern about the NHS is even across these groups at 47% and 46% respectively.

Concern about housing – which is near to record levels overall – is higher still among those living in cities. Thirty per cent of those living in urban areas (and 36% of London residents) see it as one of the biggest issues facing the country. Similarly, those living in rented accommodation are also more likely to name housing as a concern with 27% of this group mentioning it, compared to 19% of owner-occupiers and 22% of the overall population.

Ipsos MORI’s Issues Index is conducted monthly and provides an overview of the key issues concerning the country. Ipsos MORI interviewed a representative quota sample of 986 adults aged 18+ across Great Britain. The answers are spontaneous responses, and participants are not prompted with any answers.

Ipsos MORI’s “Capibus” vehicle was used for this survey. Interviews were conducted face-to-face in-home between 2 and 21 March 2018 at 209 sampling points across Great Britain. Data are weighted to match the profile of the population.