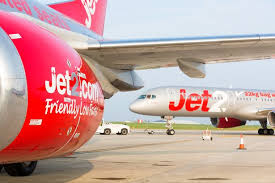 UK airline Jet2 has been named Britain’s best low-cost airline and the seventh best in the world, according to TripAdvisor Travellers Choice Awards.

British Airways, EasyJet, and Ryanair failed to make the grade in the travel planning and booking site’s awards.

Award winners were determined using an algorithm that took into account the quantity and quality of airline reviews and ratings submitted by travellers worldwide over a 12-month period on TripAdvisor Flights.

“We have been beating the competition to win prestigious awards in the UK for some time, and now we are taking that success on to a global stage,” said Steve Heapy, chief executive of Jet2.com and Jet2holidays.

He added: “The TripAdvisor Travellers’ Choice awards for airlines are based on the experiences of paying customers, which makes them truly representative and all the more rewarding to receive as a result.”

The biggest winner in the awards this year is Singapore Airlines, claiming the title of top airline in the world.

In addition, the airline boasts awards for Best First Class and Best Economy Class in the world.