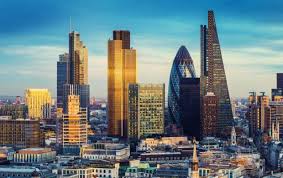 Diverging from European Union rules after Brexit will mean more costs than benefits for British business, a report by the CBI employers’ group says.

In a survey of 23 industry sectors, the vast majority preferred continued close alignment with EU regulations.

Agriculture, shipping and tourism might benefit, but this was “vastly outweighed” by the impact on other sectors, the CBI said.

However, critics said the report just promoted the interests of big business.

The report, called Smooth Operations, suggests the UK could still exert influence over important regulatory decisions through continued membership of the many EU agencies – such as the ones governing aerospace and chemicals – in which other non-EU nations like Turkey currently participate.

CBI director-general Carolyn Fairbairn said there was no appetite on the part of business for a bonfire of regulations, and called on the government to prioritise evidence over ideology in the negotiations over a future trade deal.

She said: “It’s vitally important that negotiators understand the complexity of rules and the effects that even the smallest of changes can have.

“Put simply, for the majority of businesses, diverging from EU rules and regulations will make them less globally competitive, and so should only be done where the evidence is clear that the benefits outweigh the costs.”

But pro-Brexit groups dismissed the report for ignoring the benefits to vast sections of Britain’s economy.

Richard Tice, co-chair of Leave Means Leave, said: “This report from the CBI protects the vested interests of global multi-nationals at the expense of the approximately 90% of the UK economy that does not export to the EU.

“It is quite extraordinary that this business lobby group wants to keep a load of unnecessary EU regulations that stifle growth and innovation, which will thus reduce wage growth potential for UK workers.”

However, worries among some businesses about post-Brexit trade rules were underlined in interviews for the BBC’s Today programme being broadcast on Wednesday.

One of Europe’s most senior bankers has warned the City of London that it needs to be ready for a “cliff edge” exit from the EU next year.

Andreas Dombret, director of the German central bank, the Bundesbank, said a transition deal, though positive, was not 100% certain and it was correct for a cautious regulator to ensure there was a plan in place should it fail to happen.

Meanwhile, Ian Robertson, special adviser to BMW’s board, told the BBC that it was vital for carmakers across Europe that there was “seamless flow” of goods across borders.

He said the car giant, whose brands include Mini, was already spending money on planning for new paperwork and technical requirements once Britain leaves the EU.