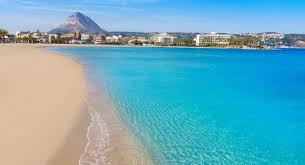 RADARS Project is the community programme through which Xàbia seeks to fight against the loneliness amongst the elderly.

The objective is for everyone to take an active role and act as ‘radars’ to detect such situations that lead to loneliness and warn the council who will seek resources to promote conditions of well-being, dignity and security.

It was launched last December and has been very well received. The councillor said it had received information from people who could be in a precarious situation (especially foreigners who are very old and don’t have family in Xàbia).

In some serious cases, the council looks for the person’s family, a residence or takes them to hospital for treatment. The Department of Social Services is now carrying a series of meetings with groups such as social associations, health centre personnel and chemists to explain how to act if they detect situations that may lead to loneliness such as losing a partner, a weak family network, a disabling illness or poor economic position.

Procedures are also being created for volunteers to contribute their services such as generating a bond of trust and companionship with the older person and inviting them to participate in community activities in their immediate area.

To participate or for more information, interested parties can telephone 96-579-4142 extension 3818 or by sending an email radarseniors@xabia.es.

The next stage in the development of the project will be to present it to the urbanisations where information leaflets have already been distributed.

The neighbourhood is key when it comes to detecting cases in a municipality which has thousands of homes scattered across its territory and where people with language problems live.