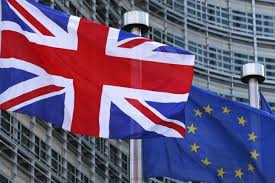 France and Spain are ramping up efforts to snatch EU military facilities currently in London by presenting a joint bid requesting to move them to their countries after Brexit.

Presenting the Spanish city of Rota and the French city of Brest as candidates in a letter introducing eight points in favour of the relocation, the two ministers highlighted the fact that the “two countries have also developed a strong bilateral military cooperation, especially in the maritime domain”.

The designation of Rota and Brest “would also achieve a fair balance between the member states in the leadership of the Common Security and Defence Policy, military operations and missions,” the ministers added, according to a report by ABC.

The Spanish-French agreement would see Rota hosting the operational brain of the Atalanta Operation against piracy in the Indian Ocean.

The mission, launched in 2008, sees naval forces deployed by EU state members in the area.

In points two and five the letter highlights that “Spain is by far the largest historical contributor to Atalanta, being the only country that has had maritime and air capacity permanently” in these ten years.

The letter also explained that an exercise, called Milex-18, will validate the conditions of command of the base of Rota (Cádiz) for EU missions.

The deal would also include moving the Maritime Security Centre for the Horn of Africa to the French base of Brest.

This maritime security centre monitors the naval transit through the sensitive areas of the Gulf of Aden and the Red Sea and was created within the European Union External Action Service, the EU’s diplomatic service.

Both of the military facilities are currently in Northwood, a residential area in north-west London.

The joint letter was sent on March 28, but Spain had already expressed its desire to snatch the Atalanta operational HQs last November in a letter to Ms Mogherini.

The transfer would take place after March 30, 2019, day the UK officially leave the EU.