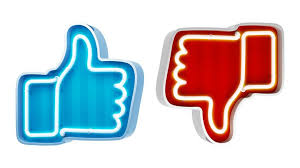 Misuse of data was “rife” among the businesses and campaigns of Leave.EU chairman and ex-UKIP donor Arron Banks, a former Cambridge Analytica (CA) employee has told MPs.

Ms Kaiser was giving evidence to the House of Commons’ digital, culture, media and sport committee, which is conducting an inquiry into fake news.

Cambridge Analytica is at the centre of a dispute over the harvesting of personal Facebook data and whether it was used to influence the outcome of the US presidential election and Brexit referendum.

Meanwhile, committee chair Damian Collins has said there is no legal reason for the former CEO of Cambridge Analytica, Alexander Nix, to not attend the inquiry on Wednesday.

Mr Collins said representatives for Mr Nix had said he would miss the hearing as he was “subject to a criminal investigation by the Information Commissioner’s office”.

Leave.EU was fronted by then UKIP leader Nigel Farage and funded by millionaire Mr Banks, but failed in its bid to be named the official Brexit campaign group.

It denies that Cambridge Analytica undertook any work for the campaign.

But Ms Kaiser says she pitched them a detailed strategy.

“Arron Banks asked us to design a strategy where we could work with Leave.EU, UKIP and Eldon Insurance together”, she told MPs.

Ms Kaiser said she saw data from Eldon Insurance – which is owned by Mr Banks and carries out claims for Go Skippy – used by the Leave.EU with her “own eyes”.

She said that as Leave.EU had little data when they first met, CA “took receipt” of UKIP’s membership and survey data to create a model for Leave.EU communications.

A UKIP spokesman told the BBC they had asked CA to make a bid, “showed them a sample of data” and then said “thanks, but no thanks”, adding that the party’s “root data wasn’t very good”.

“We submitted a contract for £41,500 for phase one,” said Ms Kaiser, referring to the preliminary work she says was undertaken by CA.

She said this work was not reported to the Electoral Commission and never paid for.

“We never had a contract with Leave.EU, the contract was with the UK Independence Party for the analysis of this data but it was meant to benefit Leave.EU,” she added.

“Normally you don’t charge for a bid,” UKIP told the BBC, adding that “in case we wanted the work” Mr Banks donated the same amount of money to the party, but the money ended up being used for something else.

CA denies doing any paid or unpaid work for Leave.EU.

“Eldon shared no data with anyone and to suggest they did is again another lie to attack Arron Banks and Leave.EU directly,” a Leave.EU spokesperson said.

Meanwhile, Leave.EU’s Andy Wigmore has been recorded appearing to compare the tactics it used to keep immigration at the top of the referendum debate to the “clever” techniques of the Nazis.

Mr Wigmore said “it was a conversation not a statement of facts”.

He is also heard discussing contacts with Cambridge Analytica.

Mr Wigmore was talking to university lecturer Emma Briant for an upcoming book on the Trump campaign.

He told Ms Briant “the only way” Leave.EU would be successful was to “follow the Trump doctrine”.

Mr Wigmore admitted that campaigners were concerned they would be blamed for creating “a wave of hatred and racism”.

He told Ms Briant: “The propaganda machine of the Nazis, for instance – you take away all the hideous horror and that kind of stuff, it was very clever, the way they managed to do what they did.

“Having been on the sharp end of this campaign, you think: crikey, this is not new, and it’s just … using the tools that you have at the time.”

Mr Wigmore has since said his comments on Nazism were in a “historical context around the Remain campaign’s project fear and how propaganda has been used in the context of social media”.

Mr Oakes told her that Mr Trump “leveraged an artificial enemy” in the shape of the Muslims.

“Hitler attacked the Jews. He didn’t have a problem with the Jews at all, but the people didn’t like the Jews and so he just leveraged an artificial enemy… that’s exactly what Trump did. He leveraged Muslims,” Mr Oakes told Ms Briant.

Ms Briant said she was “shocked” Nazism had come up in the two interviews and felt a “moral obligation” to share the recordings.

A CA spokesperson said Mr Oakes was speaking in “a personal capacity about the historical use of propaganda” and “has never worked for Cambridge Analytica and did not work on the Trump campaign in any way”.

But Mr Collins said the recordings made clear that Leave.EU benefited from their work with CA and the campaign had questions to answer about how it developed its database.

“We’re very interested to understand more about this work Cambridge Analytica did for Leave.EU. Leave.EU may not have paid for that themselves but nevertheless a huge amount of work was done which, I believe, they benefited from,” Mr Collins told Today.