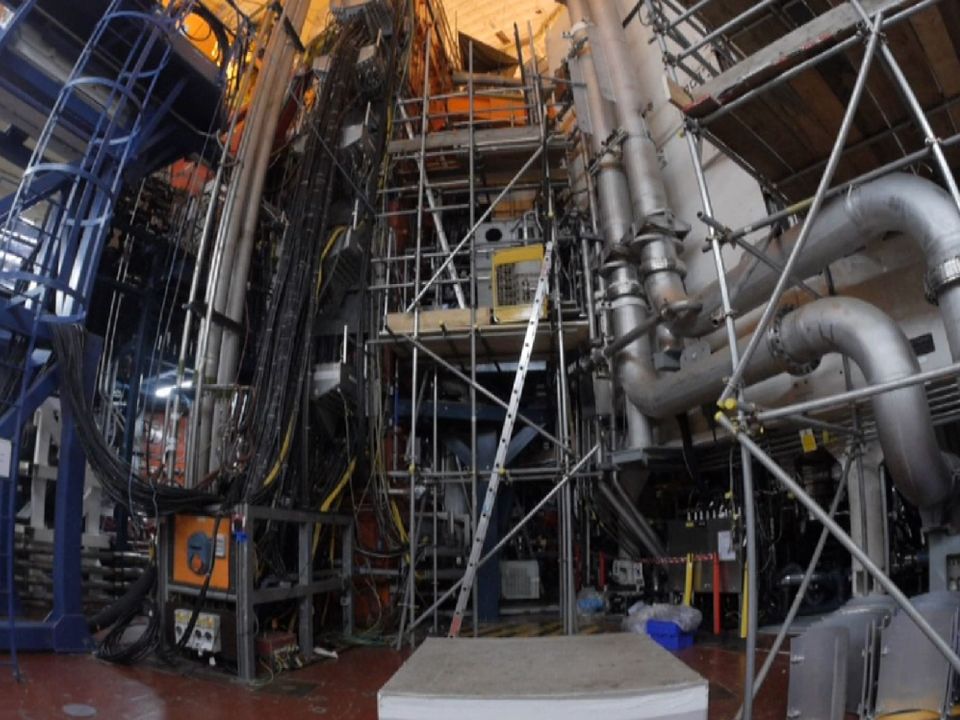 The UK’s nuclear chief says leaving Euratom is an “existential threat” to the industry, as MPs plan to amend the EU exit bill.

The British nuclear industry is activating plans to relocate some nuclear material and components around Europe, Sky News understands.

The move comes in anticipation of a failure to replace the UK’s existing trading arrangements with Europe and the globe before Britain leaves the EU in March 2019.

Executives are now planning for potential legal barriers to the highly controlled movement of nuclear parts and materials into and out of the United Kingdom after Brexit.

Leading figures speaking privately to Sky News have complained of “no visibility” that full arrangements will be in place by 2019 to replace existing arrangements under the Euratom nuclear safety treaty and related third country treaties – and are “planning for a world where that doesn’t happen”.

The news comes as Sky News has learned Tory MPs plan a rebellion on Euratom by backing a new amendment to the EU Withdrawal Bill, stalling leaving the treaty (which is separate from the EU), until the Government reports on how it will replace every existing nuclear relationship.

The transport, trade and regulation of nuclear materials, components and know-how is governed by a series of nuclear safeguards that have operated in the UK for four decades through the Euratom treaty.

In the Article 50 letter, the UK signalled its desire to leave Euratom at the same time as leaving the European Union.

This has led to a race against time to set up a domestic safeguards arrangement accredited by the International Atomic Energy Agency, a replacement arrangement with Europe, and a series of bilateral deals to replace Euratom’s arrangements with key nuclear partners such as the US, Japan, Canada and Australia.

The Nuclear Safeguards Bill received its third reading in the Lords in March and awaits Royal Assent.

But talks to accredit this new domestic arrangement with the IAEA are far from complete, say industry insiders, and need to be finished before a range of new UK bilateral deals can be negotiated and then ratified in legislatures across the globe, including in the US Congress and by President Donald Trump.

“If we haven’t got all that done then we are facing disruption to absolutely everything,” says Tom Greatrex, chief executive of the Nuclear Industries Association.

“Fifteen months to two years sounds like a lot of time. It’s not.

“The clock is ticking and it has been since the referendum and we’ve made very little progress so far.”

The industry was also adamant that there is a serious issue about the supply of medical isotopes, a byproduct of the continental European nuclear industry, critical for cancer treatments.

The Government has dismissed fears over their supply as “scaremongering” but industry figures pointed out that their supply and transport is governed by the rules of the Nuclear Common Market and they are materials mentioned in the annexe of the Euratom treaty.

The most immediate challenge comes to the high tech nuclear fusion research centre in Oxfordshire, the Joint European Torus.

It is as yet unclear if the UK will continue to host the European-funded project.

Professor Ian Chapman, chief of the UK Atomic Energy Authority, told Sky News: “Leaving Euratom is absolutely an existential threat for us as an organisation, about two thirds of my turnover comes from the European Commission.

“So we have to find a resolution so we can continue to do the world-class cutting-edge science that we do here.”

More widely however the industry has directly communicated its fears about the slow pace of talks to replace current arrangements.

EDF energy, the country’s biggest generator of nuclear energy, is warning that a failure to be able to source components could lead to “extended outages” at its power stations.

The company’s outgoing chief executive Vincent de Rivaz is believed to have told Brexit Secretary David Davis at a Chevening business summit that the people of Britain “did not vote to leave Euratom” and that he should consult lawyers to find a way to stay in the treaty.

Multiple senior sources in the industry warn that though they have had reassuring words from officials, they are yet to see a coherent plan, and nor have they been informed whether Mrs May’s commitment to a transition deal in the Florence speech extends to the Euratom Treaty.

A transition deal is required “sooner rather than later”, EDF Energy told a House of Lords committee.

At the same event, Mina Golshan, the deputy chief inspector of the Office of Nuclear Regulation, which will take over nuclear safeguarding, said domestic replication of all Euratom’s functions by March 2019 would be “highly challenging”.

In its half-year results, Urenco, the partly state-owned uranium enrichment company reported: “The UK’s withdrawal from Euratom also presents significant risks and Urenco is developing business continuity plans with the aim of mitigating some of the potential risks to the company.”

An amendment on Euratom to the EU Withdrawal Bill has been tabled by Conservative former minister Ed Vaizey and Labour’s Rachel Reeves.

It will prevent the use of delegated powers until the Commons and the Lords votes for a published Government strategy to replace protections, safeguards, research and trading arrangements which “will lapse as a result of the UK’s withdrawal from membership of the European Atomic Energy Community”.

The amendment was expected to attract widespread Conservative rebel support, alongside others on Henry VIII powers and a Commons vote on the exit deal.