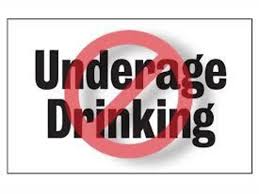 A government report which is looking at future laws on alcohol consumption has said that parents of underage drinkers should be punished for their children drinking.

The report by the Joint Congress-Senate Committee was published yesterday. The proposed legislation also proposes making drinking on streets illegal unless approved or licenced, reviews on taxes on alcoholic drinks and limits on advertising drinks, especially near schools and colleges.

New controls on retailers who repeatedly re offend selling drink to underage drinkers will also be brought in, that could see establishments fined or even closed.