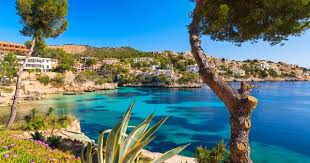 A British couple on holiday in Palma de Mallorca has been arrested after leaving their young children alone for two days in their hotel while they went off on a drinking spree.

Security staff at the hotel in the beach area of the Balearic city alerted authorities.

According to sources from the undisclosed hotel, the couple and their two children arrived two days before the arrest, and the adults were said to be ‘constantly drunk’.

They went out all day, leaving the children behind, and also at night.

Knowing that letting minors remain in the hotel unsupervised was illegal, the holidaymakers reportedly asked another British couple – whom they had never met before – to mind their kids for them whilst they went on bar-crawls around Palma beach.

The parents are said to have returned to the hotel on the second day, very drunk.

For reasons as yet unknown and apparently without motive or provocation, the mother physically attacked the other couple in a public area in the hotel, forcing security to intervene.

They say the British woman who had been left with the children was also drunk whilst she was with them.

The guards called the police, who arrested the parents and took the children into care.

They are being looked after by the National Police Women’s and Family Unit (UFAM) which is in charge of taking care of children who have been mistreated or abandoned.

As yet, it is not known whether the parents have been released with charges or remanded in custody.