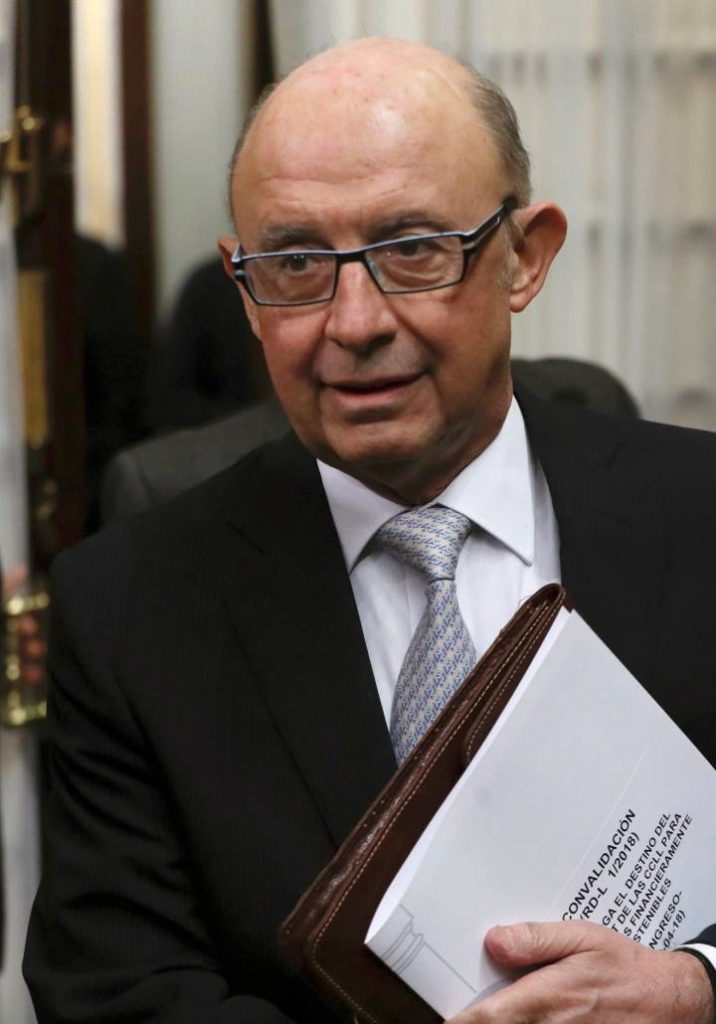 The Spanish Civil Guard has placed at €1.9 million the amount of public funds that former Catalan officials allegedly misused to finance the October 1, 2017 independence referendum. This is higher than a previous estimate of €1.6 million made by Civil Guard investigators in March.

Supreme Court judge Pablo Llarena, who is in charge of the case, has lifted the seal on a section of the investigation dealing with the alleged use of public money by then-premier Carles Puigdemont and his aides to organize a vote that had been declared unconstitutional by the Spanish courts.

Nearly €41,000 were spent on international observers’ flights, hotels and events, says the report

Puigdemont, who was removed from his post by central authorities right after the unilateral independence declaration that followed the referendum, is currently in Germany awaiting a court’s decision regarding his extradition to Spain on a European arrest warrant.

It is unclear whether German judges will agree to see the former Catalan leader tried back home for rebellion and misuse of public funds. These judges have requested further information regarding the financing charge, and have so far rejected the rebellion accusation, although a final decision is still pending.

The revelations about the specific amount that Puigdemont is being investigated for come shortly after Spain’s Finance Minister Cristóbal Montoro stated that no public funds were used to finance the illegal referendum. Supreme Court judge Llarena has asked Montoro to explain the basis for this assertion.

In the political sphere, Ciudadanos (Citizens) leader Albert Rivera on Thursday asked the minister to explain to Congress why he is denying that public funds were used in the Catalan referendum. “Right now many Spaniards are wondering who’s right, whether the Civil Guard or Montoro.”

Rivera also noted that Prime Minister Mariano Rajoy, of the Popular Party (PP), has been denying the use of public funds for the referendum for months. In February, Rajoy told Congress that “not one single euro of the FLA [regional liquidity fund] went to fund the referendum.”

“If Rajoy and Montoro lied then, there must be accountability in the government,” said Rivera, whose party currently leads voter opinion surveys.

In July 2017 the central government introduced controls over Catalonia’s budget spending with the stated goal of avoiding the use of public funds to organise the referendum. In September, the Catalan government told the Finance Ministry that it would no longer send reports detailing how it was spending public funds. Shortly after that, Madrid took over the region’s finances entirely.

The Socialist Party’s congressional spokeswoman, Margarita Robles, also said the minister must provide some explanations, but she also asked everyone for “calm, both at the political and judicial level, so that the inquiry can carry on without any external incidents.”

In their report, Civil Guard officers noted that some of the amounts are estimates, and that in other cases there is no paper trail for the expenses. The nearly €300,000 difference between the March and the April figures is due to new evidence that showed up during the investigation.

The most extensively accredited expenses are those concerning payments made to international observers at the referendum, who received €217,656.22 according to the report. This includes €40,951 for observers’ flights, hotels and events. The report notes that some of these observers have been identified, but not all because of lack of cooperation by Diplocat, a Catalan government agency devoted to raising the region’s international profile.

According to the report, a further €17,690.20 were used to rent out the National Theater of Catalonia for an event aimed at encouraging participation in the referendum. This contract was signed by Jordi Turull, a former Catalan government official who is in pre-trial custody in connection with the Supreme Court probe. Turull also unsuccessfully ran for the premiership following the snap election of December 21 in Catalonia.

The region has been in a political deadlock ever since, following three failed investiture bids. If separatist parties, which won a narrow majority, fail to produce a working government by May 22, Catalans will go to the polls again.