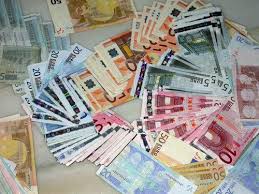 Two men in Alicante and a third in Barcelona have been arrested by the National Police in connection with introducing counterfeit money to Spain from Italy.

One of those arrested was taken by surprise the moment he left a parcel company when he was caught carrying a package that had been sent from Naples.  There was €4,600 in fake banknotes.

It has also been revealed that a fourth member of the alleged group was already serving a prison sentence in Tarragona from where he managed to instruct the others.

The investigation began in June last year when the National Police detected several counterfeit bills, of Italian origin, in the towns of Tudela and Zaragoza.

Initial enquiries uncovered the existence of a group dedicated to bringing in the fake €50 notes from Italy.

An Italian citizen was in charge of transporting the counterfeit currency, either on his own during visits to Spain from Naples or via the postal system made by his own son.  A total of €5,050 made up of €50 and €100 notes were found among €4,535 of legitimate money.

During the investigations, it was also found that most of the fake money has been used in shops and businesses that were known in advance didn’t possess any means of checking their veracity.