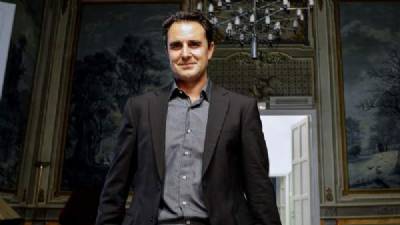 Podemos members are among 15 MEPs who have signed a petition calling for Spain not to extradite HSBC whistleblower Hervè Falciani, saying that thanks to his actions, the European Union has recovered €3 billion in unpaid taxes.

Monaco-born Falciani leaked the database of HSBC’s Swiss holding, where he had been working in the IT department from 2001, when he was 29, and which uncovered a long list of tax-avoiders.

He had copied the confidential customer database whilst in the Geneva office of the Hong Kong Shanghai Banking Corporation – now British-owned – between 2006 and 2008 and was interrogated in December of the latter year by Swiss authorities for allegedly attempting to sell account details to the Lebanese bank, Audi, in Beirut.

Released on bail, Falciani fled to France to avoid extradition, as he holds French citizenship, but in January 2009 was arrested upon request by the Swiss prosecution for theft of personal data.

Seven months on, the French government admitted to having in its possession a list of 3,000 taxpayers with ‘suspicious accounts’ in Switzerland believed to be used for laundering money and, at the end of 2009, Falciani revealed his identity in a TV interview and confessed to being the HSBC employee who stole the data.

An international arrest warrant led to his being detained in Barcelona in 2012 and the National Court remanded him in custody, whilst Switzerland called for his extradition.

But he was released on bail in December of that year after five months behind bars, and the National Court, in May 2013, declined to extradite him as he had helped the Spanish anti-corruption prosecution trace 659 tax-avoiders and reclaim €300 million in unpaid dues.

Falciani was head of the list of Party X in the 2014 European Parliamentary elections, but Party X did not win any seats.

The following year he was commissioned by left-wing Podemos, Spain’s third-largest political party – which has five seats in European Parliament – to write a report on tax havens and how to combat tax fraud, a document that Podemos used in its electoral programme in 2015.

HSBC in Switzerland reportedly had 106,000 customers in 203 countries worldwide who are believed to have laundered over US$100bn.

As a result of Falciani’s actions, the EU has recovered €3bn in tax defrauded, of which 1% belongs to Spain.

Hervè Falciani was recently arrested in Spain thanks to an international warrant issued by the Swiss government, but Podemos and other parties in the EU are urging Mariano Rajoy’s government not to return him to the central European country to face trial.

“Tax evasion is one of the main problems that beset the European public coffers – according to estimates, the annual loss of income is around €1,000bn,” the letter accompanying the petition states.

It adds that whistleblowers like Falciani ‘facilitate the pursuing’ of this type of fraud.

Other MEPs who have signed the petition – which is headed up by Podemos’ Miguel Urbán – is the UK’s Molly Scott-Cato of the Greens, Ana Maria Gomes of the socialists in Portugal, and Italy’s Ignazio Corrao of the independent party Movimento Cinque Stelle (‘Five-Star Movement’).

Falciani has been convicted by a Swiss court of ‘financial espionage’, and the famous ‘Falciani List’ is considered incriminating evidence.

If extradited to Switzerland, he will be jailed for five years.