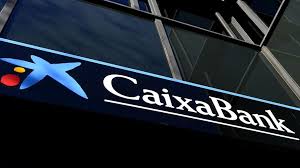 The court said in a written ruling that the investigation stemmed from a separate investigation into China’s largest bank, ICBC, which allegedly laundered hundreds of millions of euros for Chinese organised crime groups in Spain through its Madrid branch.

A Caixabank spokesman said the bank, Spain’s third largest, denied collaborating with the alleged money launderers or participating in the alleged scheme. An ICBC spokesman in Spain did not immediately respond to a request for comment, though the bank has previously denied any wrongdoing.

The Caixabank employees made the transfers with the “knowledge and collaboration of the top official in charge of compliance at the entity,” the court said. The official’s name was redacted in the written ruling.

“Caixabank did not implement the necessary anti-money laundering controls, despite knowing the risks,” the judge said in the court ruling, adding that the bank did not properly alert Spain’s financial intelligence unit to suspicious transfers.

Caixabank shares initially fell slightly after the court issued the ruling but they later reversed their losses.

Caixabank signed corresponding banking agreements with ICBC in 2011 and 2014. The court said Caixabank was responsible for ensuring any clients it received from ICBC were compliant.

The High Court last September approved a request from prosecutors to investigate ICBC Europe, whose headquarters is in Luxembourg, for the alleged crime of money laundering.