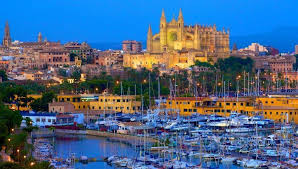 From July, only single-family homes will be available for short-term vacation rentals in popular Balearic Island destination.

Starting in July, homeowners in Palma, on the Balearic Island of Mallorca, will not be allowed to rent out their apartments to tourists.

The capital of the popular Mediterranean destination has adopted a pioneering measure in Spain, where other cities are also struggling with the consequences of mass tourism, including overcrowded centres and soaring rent.

The local governing team – a leftist alliance of the Socialist Party (PSOE), the local group Més per Mallorca and the anti-austerity Podemos – has made this decision after commissioning several studies on the matter.

“Palma is a bold and decisive city,” said Mayor Antoni Noguera. “We agreed on this on the basis of the general interest, and we believe that it will create a trend in other cities when they see that finding a balance is key.”

Studies show that the number of unlicensed tourist apartments on offer grew 50% between 2015 and 2017 to reach 20,000 units. In Palma, which is Spain’s eighth-largest city by population, only 645 properties used for short-term vacation rentals have proper licenses.

The problem of affordable rent in Palma has been raised not only by residents but also by workers who commute to Mallorca from mainland Spain. City officials say that while vacation rentals are not the sole cause, they are a factor in the 40% rise in average rental prices since 2013.

On Thursday, the governing team will approve a new zoning project that will then undergo public scrutiny before being put to a final vote at a council session in July. At that point, tourists seeking this kind of accommodation will no longer be allowed to rent apartments in multi-family residential housing.

Instead, they will only be able to stay in detached, single-family homes, which are being left outside the ban. Yet even these properties will be off limits if they are located on protected rural land, near the airport, or in non-residential areas. There are around 180,000 homes in Palma, of which 23,000 (12%) are single-family homes, according to local authorities.

The move follows a reform of tourism legislation by the regional parliament of the Balearic Islands in August of last year. That reform banned vacation rentals in apartments, but left it up to local authorities to decide which neighborhoods to apply it in.

The city of Palma has decided to consider the entire municipality a “single zone” where the ban will apply in all parts of town. The decision is meant “to protect residents,” said Mayor Antoni Noguera.

Studies commissioned by city officials show that 48% of tourist apartments are offered for seven to nine months out of the year, leaving out the option of long-term residential rentals.

“There is a parallel between the evolution of vacation rentals and the rise in rental prices,” said José Hila, the local chief of city planning. Rent in Palma has soared 40% in recent years, making it the second Spanish city after Barcelona where residents spend the most on rent.

“Tourist accommodation affects the makeup of buildings and neighborhoods, and it also affects social harmony,” said Hila. A report by the Citizen Ombudsman’s Office shows a rise in the number of complaints filed by residents due to problems with tourists who use these apartments, typically related to noise. There were 42 complaints in 2014 and 192 in 2017.

“All European cities are being transformed from one day to the next by this type of offer,” said planning chief Hila. “We need some order. There will be vacation rentals in Palma, but only where there needs to be.”

There are currently around 11,000 vacation rentals on offer in the city, of which only 645 have proper licenses. Before the regional parliament passed its reform in August, there had been 20,000 units on offer, but many were pulled after the new legislation promised fines of up to €400,000 for violators.

Last month, the regional chief of tourism, Bel Busquets, told the Balearic Islands parliament that the popular site TripAdvisor had been slapped with a €300,000 fine for advertising unlicensed vacation rentals on the islands. In February, Airbnb was fined the same amount.