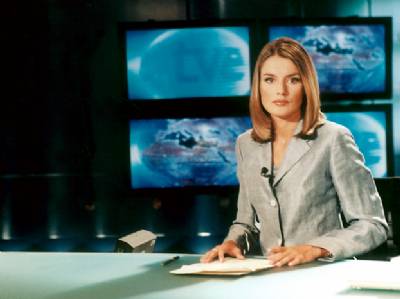 Old costumes used on programmes by Spain’s national television company TVE – including suits worn by Queen Letizia when she was a news reporter – have been stolen from a storage building in Madrid.

Outfits worn by Sesame Street characters and in period dramas were among those kept in the Prado del Rey building, which is about to be demolished.

The costumes were to be destroyed as they had become contaminated with asbestos, originally used in the structure of the Prado del Rey studio and the reason for its being knocked down.

Some of the stolen items dated back to the year 1956, and the whole lot has ‘vanished into thin air’, TVE says.

None of TVE’s staff saw any persons or vehicles in the area at any time of the day or night, meaning the vanishing wardrobe has become one of national media’s biggest mysteries.

One of Spain’s largest unions, the Labourers’ Commissions (CCOO), who reported the theft, says TVE has told them they have given the costumes up for lost, since they have no way of tracing them and, in any case, their asbestos contamination will not come out in the wash, making them unsuitable for use.

The studio was due to be demolished with all the costumes still inside.

Letizia Ortiz Rocasolano was, until 14 years ago, a regular face on TVE, recognised by the general public as she appeared on their screens daily.

None of the tens of millions of viewers who heard her present the news each night could ever have guessed that she would become Queen of Spain through her marriage to the then Crown Prince Felipe of Asturias, who has now been King Felipe VI after his father Juan Carlos I abdicated within weeks of his son’s and daughter-in-law’s 10th wedding anniversary.

This means Letizia’s news-reading suits may well have fetched millions of euros if sold, had they not been damaged by asbestos.