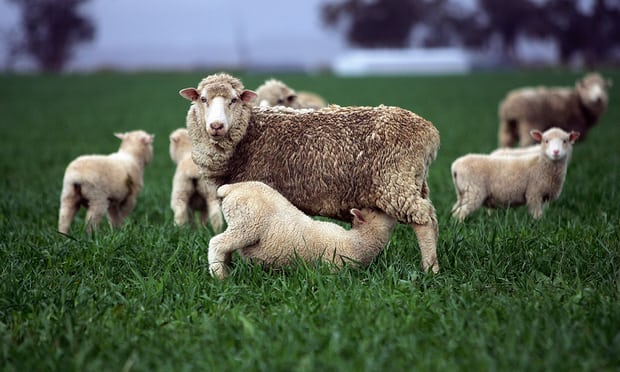 Show of unity breaks down after US, Australia and others reject post-Brexit trade plans.

Resistance to a joint UK-EU proposal to the World Trade Organization on trade after Brexit – which was once celebrated by the trade secretary, Liam Fox, as “real progress” – has triggered a break down in unity, with London and Brussels divided on a way forward.

Fox had described the plan on how much meat, butter and wheat the rest of the world could export to the UK and the 27 member states on low or zero tariffs as a sign of the country “forging ahead”, and boasted: “It’s a sign we can make progress when both sides choose to do so.”

Yet, in recent months the united EU and UK front has splintered in the face of a strident rejection of their proposals from the US, Australia and New Zealand, among others, the Guardian understands.

Brussels has proposed another way forward. But London has yet to agree and has left open the prospect that ithe UK could go its own way in talks with the world’s biggest trading powers.

To add to the tensions, the UK is also seeking to speak during the 21-month transition period after Brexit with an independent voice at the WTO, where large multilateral trade deals are negotiated, something the European commission is resisting.

Until Brexit, the EU has a schedule spelling out how much of each agricultural product from each country that can be imported into the bloc without attracting high tariffs.

After Brexit, the plan had been for the UK and EU, as independent WTO members, to divide the current quotas between the two according to historical flows of trade in each product. This plan was described as a “technical rectification”.

However, EU sources said an initial objection from the US, Argentina, Brazil and New Zealand over the joint plan, hammered home in a fiery letter last October, had not gone away, proving Brussels’ initial belief that the plan would “not fly”.

Brussels is now pushing for a new tactic under which they would go through the more arduous procedure of a full renegotiation with WTO members over key agriculture products, offering compensation where necessary, via what is called an article 28 procedure.

The UK is insisting that the EU sticks with the original plan. British negotiators working in the WTO in Geneva believe that for 95% of the schedules there is no need for negotiation.

The UK also insists it could unilaterally liberalise its tariff regime from Australia and elsewhere, in a move that could be damaging to EU trade flows, but would receive immediate agreement from those countries resisting the original joint plan.

The EU’s chief negotiator, Michel Barnier, is understood to have told MEPs during a recent private meeting that “unsurprisingly a number of [WTO] members do not agree” with the plan, adding: “They are reluctant to discuss and are reserving their position in Geneva.”

A senior EU official told the Guardian: “We think we will we have to go through a more difficult procedure. The UK wants to go for the simplest way we are saying we are not against it but politically it will not fly at all and we will have to do it the other way and even then it will be contested.

“I think some have a case. With New Zealand and their lamb, they might say that we send our meat via Rotterdam or elsewhere to Britain, and you are making our trade arrangements more rigid.

“For the first plan to work, the changes have to be perceived as technical adjustments for which there are no political issues. The other is a real correction, a real adjustment when you go through an approval process. And they take their time.”

Alan Matthews, a professor of agricultural policy at Trinity College Dublin, said: “Rectification was always a crazy idea which would never be accepted as clearly what the UK and EU propose goes way behind what is covered by rectification.”

The Department for International Trade, which Fox heads, said: “As we leave the EU we need to create a new UK goods schedule at the WTO, covering tariffs on our imports from other WTO members. We have engaged all 164 WTO members, and they understand our intention to establish our goods schedule by rectification.

“As a part of the process, we also agreed an approach with the EU to apportion tariff rate quotas covering certain imported goods, based on historic trade flows, and wrote to WTO members on this last year. We are continuing to speak to them about next steps to secure an outcome with is fair and avoids disruption to existing trade.”