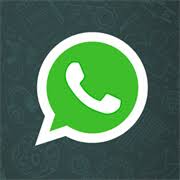 AN alleged paedophile has been arrested in Bilbao by the Guardia Civil in connection with offences carried out in Torrevieja.

The man is believed to have offered amounts of money and drugs to a number of children in exchange for sending him photographs and videos of a sexual nature via the WhatsApp message system.

According to reports in the Spanish media, the man met his victims when he was on holiday in Torrevieja.

The operation – KAIO 75 – was set up late in August last year following a complaint made by the mother of a 15-year-old child who said that an adult had requested her son send photographs for money.

Enquiries discovered that the man behind the alleged crimes was a 42-year-old who had met several children during last summer.

He began his ͚friendship͛ with them by giving them money in exchange for cleaning his car and thus built up a seemingly normal relationship with them.

Confidences and trust gained, the man than tricked the children into believing that he was a important person in Bilbao and began to offer them even more money, high-end mobile phones, the chance of employment and drugs, and this continued once he͛d returned there from his summer break.

The investigations also brought to light that the same man is suspected of committing other crimes related to the theft of gourmet products from a market in which he previously worked.

French champagne, virgin olive oil and wine were his favoured products, which he stole with the help of another man to sell them on.