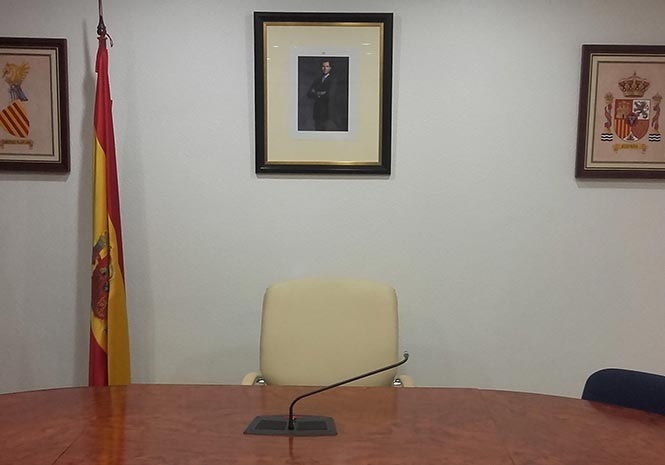 MAYOR of San Fulgencio, Carlos Ramirez, finally left his post this morning (Wednesday) after complying with the judicial process following an eight and a half year sentence handed down back in November.

He is now barred from public office for the duration.

A special plenary council meeting was convened for 9am, and in front of around 20 local residents and mainly supporters of the opposition PIPN party, Mayor Ramirez – in his final act as head of the local council – read out the only motion on the agenda; that of officially stating that he is leaving.

After reading from a prepared statement, it ended with the phrase, “there is a problem.”  This set off mutterings and raised eyebrows from the opposition side and from the audience but it transpires that the “problem” was an alleged incorrect wording of the order on the agenda.

Greeted by silence, Carlos Ramirez said that he had every intention of going quietly and “without a problem”, and only wanted the best for the municipality of San Fulgencio.  He also took the opportunity of thanking his supporters on his governing team.

Just three minutes after the plenary began, the meeting was declared closed and Carlos Ramirez – no longer the mayor or a councillor – left the room for the last time.

The next mayor of San Fulgencio will be decided at a future plenary meeting that is due to be held within 10 days.