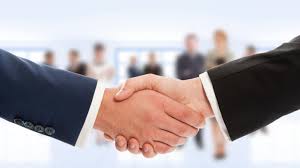 There could be up to 20 different Brexit deals between the UK and the EU that take years to be approved.

That was the image conjured by the European Parliament’s Brexit co-ordinator, Guy Verhofstadt.

He told MEPs last month that it would be sensible to have an overall treaty – an “Association Agreement” – instead of lots of separate side deals that might have to be approved individually by the European Parliament, Westminster and the parliaments of the 27 remaining member states.

This is how the EU manages its relationships with Ukraine, Moldova and Georgia, for example.

But is Mr Verhofstadt correct that multiple deals could emerge from the Brexit process?

EU leaders have signed off on a blueprint for the future relationship, which currently envisages at least four different agreements.

This is the centrepiece of the Brexit talks and settles the big issues around the divorce: the rights of EU nationals who wish to remain in the UK and UK citizens who wish to stay in the EU, along with Britain’s financial obligations, how to handle the Irish border and a lot of technicalities.

It has to be approved by EU leaders and the European Parliament but not national parliaments.

A deal that would ensure there would be no tariffs or quotas on trade between the UK and the EU, with co-operation in a host of areas, such as regulations and customs.

A deal that would guarantee the continuation of flights between the UK and the EU, and ensure co-operation on safety and security.

This would allow the UK and the EU to share sensitive information, which would help law enforcement.

The UK has proposed a separate Security Treaty to underpin co-operation on crime and terrorism, and which would change as threats evolve.

Even more potential pieces of paper emerge when you delve into the EU’s internal preparations for the talks about the future relationship.

Officials in Brussels have raised the prospect of an EU-UK Partnership Agreement on fisheries, although this may be incorporated into the Free Trade Agreement.

Continued use of the EU’s Galileo satellite navigation system might require two more deals to be done: one on access to the satellites themselves and another for the navigational information that they provide, called the Public Regulated Service.

When it comes to co-operating in the fight against crime, Denmark has a treaty with Europol. The US has two agreements: one on law enforcement and another on extradition.

Officials have also pointed out that the EU has Social Security Co-ordination Agreements with non-EU countries to help administer the payment of benefits and pensions.

The truth is that diplomats from the 27 remaining EU countries have not had a discussion yet about what some call the “chapeau” – the shape of the future relationship with the UK.

“It’s more about substance than form at the moment,” one told me.

And so far, the talks about the future relationship have only generated a list of subjects to be considered.

So it’s not clear if Theresa May will be signing the Brexit Withdrawal Agreement and one blockbuster pact for the future relationship or whether she will have to get her pen out many times.

What Brussels wants to avoid is a repeat of its relationship with Switzerland, which is governed by more than 100 different deals that can be the source of multiple mini-disputes.

The EU also got burned recently when the European Court of Justice ruled that a trade pact with Singapore had to be split into two parts: a trade agreement at a European level and an agreement on investments which touched on the powers of national governments.

And as for the European Parliament’s idea of an Association Agreement, someone close to the EU’s negotiating team summed it up like this: “Isn’t Brexit about dis-association?”