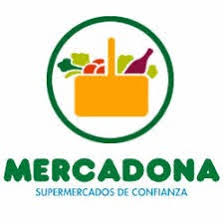 NATIONAL supermarket chain Mercadona has taken on 9,000 new employees for the summer to cope with grocery-shopping needs for the seasonal tourist influx.

The Valencia-based firm normally ensures over 90% of its staff are on permanent job contracts, but needs reinforcements for three or four months of the year.

All new employees are on the firm’s starting salary of €1,132 a month after tax, and will receive specific training geared to their individual roles.

The ever-growing chain, run by Spain’s third-richest man, Juan Roig, and which is known for aiming to stock as much of its wares as possible from local and national suppliers, took on 7,000 temporary workers last summer but its gradual expansion has increased staff needs by nearly a third.

Over the course of 2018, Mercadona aims to increase its permanent staff base by another 84,000 in its 1,600 stores nationwide.

The company has long been hailed one of Spain’s best employers, with the Harvard Business Review praising its in-house talent management and the International Work Organisation (OIT), part of the United Nations, commenting favourably on its staff training, profit sharing and work-life balance efforts.

Mercadona offers an extra 30 days’ paid maternity leave to employees, and last year, 2,402 women working for the firm took up this option.

Also, the €313 million in profit earned in 2017 was shared out among staff as bonus payments.